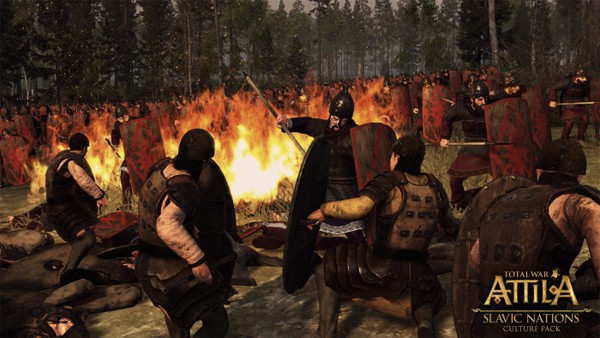 Once again this Valentine’s Day love is a battlefield, with Sega announcing the third installment in it’s titillating annual tradition. Kicking off on February 14th, 1800 GMT, and running for six days until February 20th 1800 GMT, Make War Not Love will again pit series heavy-weights Total War (represented this year by Attila) and Company of Heroes (with their back-to-back prize-winning champion Company of Heroes 2), but in a first will also include the venerable dreadnought Dawn of War 2 (even in near-death it still serves). Smashing their prized strategy developers together like M&Ms between thumb and forefinger, Sega knows that no matter who loses, they win.

What does this mean for you, dear consumer? Its simple. Sega makes no promises, no demands: simply take your game of choice (extra cheap for the duration) and win battles. Should the game of your choice win the most battles, you win the warm fuzzy feeling of knowing you contributed to a much greater whole. Should that number one spot be taken by Total War: Attila however, the new “Slavic Nations” DLC will be given out free to everyone who owns the game. 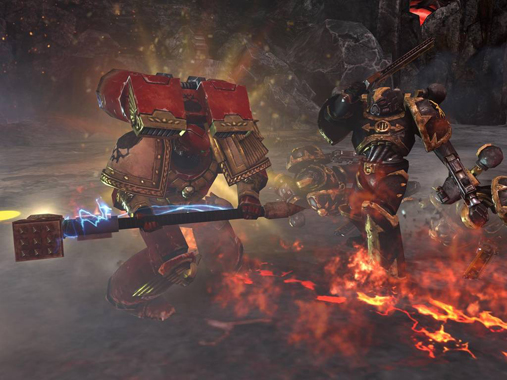 That’s right! Another new DLC for Attila. This time focusing on three peoples of the blasted steppe, the Anteans, the Venedians, and the Sclavenians, “Slavic Nations” will bring updated unit rosters, new legendary building chains, and a new mechanic in the form of poisoned arrows. Built to be counters to the Hunnic hordes, the new Slavic nations are able to swiftly and cheaply colonise new lands, with bonuses to kickstart early economies, fight in rough terrain, and deal with nomadic tribes. The DLC will also bring a minor patch for the Age of Charlemagne DLC.

Not to be outdone by those upstarts at Creative Assembly, Relic is also giving freebies to it’s victorious followers. Should CoH2 take the top spot (again) they stand to receive the British Forces DLC as their grand prize. And open to owners of all three games are regular prize draws every 2 days. Whichever team currently holds the lead stands to win a number of Sega titles, such as Valkyria Chronicles, Renegade Ops, or TEMBO THE BADASS ELEPHANT. It just goes to show it is really war that’s the gift that keeps on giving.

The trailer for “Slavic Nations” is available to view below, and more information on the promotion can be found on the Make War Not Love website. In the grim-darkness of the near future, there is only war. 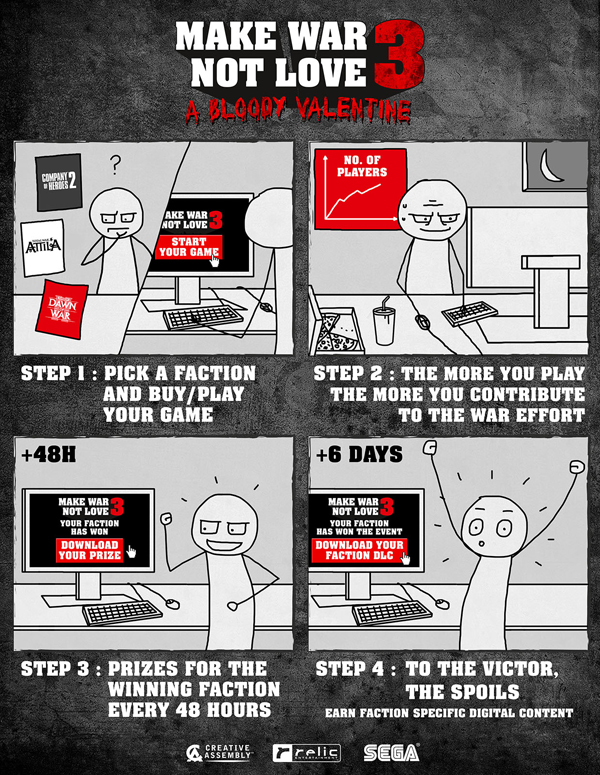