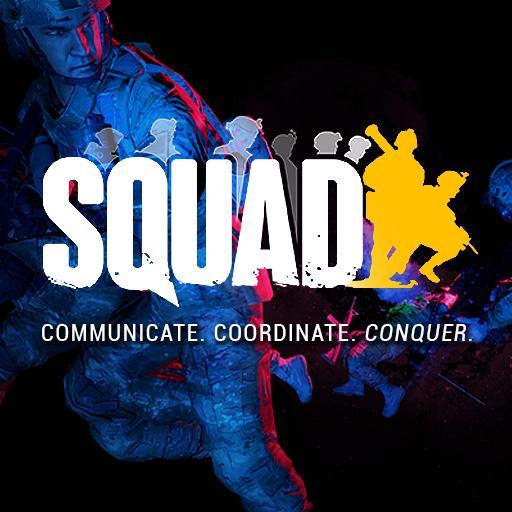 Let’s be real, military sims aren’t everyone’s cup of tea. The amount of buttons can be pretty overwhelming for the average gamer and sometimes accurate realism doesn’t equal fun. Things changed when the Project Reality mod landed for Battlefield 2. The mod was lauded for striking the right balance between accessibility and realism. Then in May 2015, a Kickstarter appeared to bring to life a spiritual successor to Project Reality. Developed by many former Project Reality team members, Squad serves to bring back that perfect balance back to the realistic modern shooters on the Unreal 4 engine. 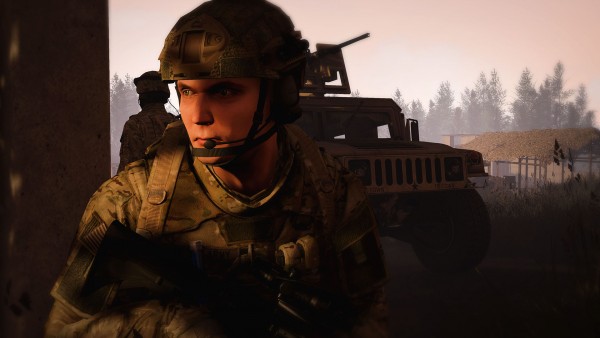 Squad entered Steam Early Access program a few months ago and Offworld Industries has been pumping out a steady stream of updates since. With the release of Alpha Version 4, we got a chance to get some hands on time with the game. Currently, Squad is an infantry-only affair while the game is in early alpha stages. The plan is to increase the potential map size and add vehicles as development carries on. Even without the terror of a few tanks rolling past, Squad is an intense experience. 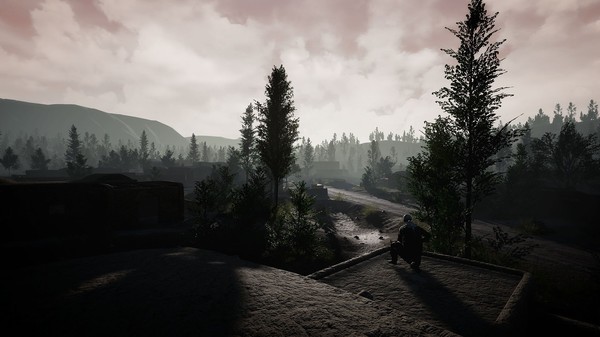 Currently the game features the US Army, Insurgents, the Russian Ground Forces, and the Irregular Militia. Currently there are three game modes available. Advance and Secure (AAS) which will have the two teams capturing flags in a specific order, driving the combat into clear hotspots. Insurgency mode will send a team into the map in hopes of gathering enough intelligence to locate and destroy five weapon caches while Insurgents attempt to deplete their enemies’ tickets. The last mode is Territory Control, with one team attempting to capture all of the defending team’s flags within a time limit. Without a doubt, AAS is the most popular game mode, with almost all the populated servers running AAS games. While Squad supports up to a hundred players, humbler numbers of around 50-72 is currently a common sight. 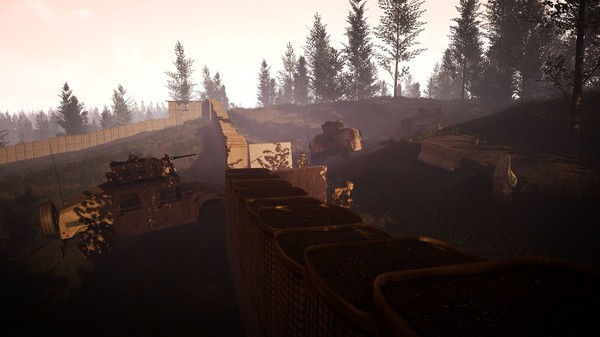 How do you best sum up the Squad experience? Teamwork, teamwork, teamwork, and more teamwork. Players will join squads of nine and take on roles like squad leader, medic, automatic gunner, and so forth. Each role has a specific task that can turn the tides of battle if used correctly. Because of its realistic nature, single controlled shots are almost always better than letting it rip with automatic fire. On the flip side, taking direct or close gunfire will actually suppress players by causing their screen to go blurry. Considering a well placed bullet is more than enough to knock players to the ground, the crackling of nearby gunfire and the blurred screen is a really effective method of instilling sheer terror and chaos in the ranks, allowing a well placed light machine gun pin down the enemy while the rest of the squad flanks.

Medics have the all important role of keeping their team alive. Once enough non-lethal damage occurs, the player begins to bleed out. Soldiers can use their own field dressing to staunch the bleeding but will need a medic to top up their health. Once enough damage is taken, players are incapacitated and only a medic can revive them. A revive will save an all precious ticket. Communication is absolutely vital in a game with camouflaged soldiers, plenty of cover, and large maps. I was lucky enough to experience an incredibly friendly and helpful community that is very happy to use the game’s voice chat to relay enemy positions, coordinate defenses, and call in help. 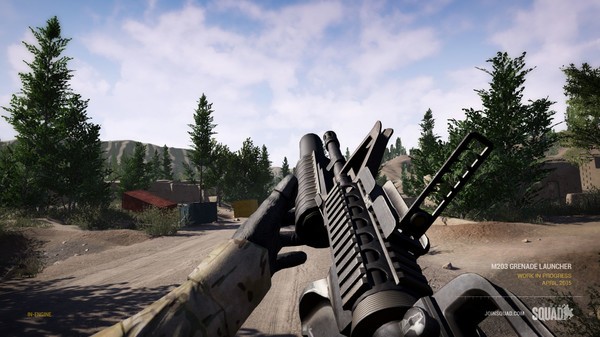 Since the heart and soul of Squad is infantry combat, how the guns and soldiers handle is incredibly important. I’m quite pleased to report that Squad has very crisp infantry controls that are simple enough that anybody who has played an FPS in the last decade would recognize. Guns handle well, though recoil is understandably heavy. One minor complaint is the in-game map. Currently, only the squad leader is clearly marked on the map. The eight other members are generic circles that only reveal player names when moused over. People will call out for help and it is a real pain to have to open the map, mouse over a bunch of green dots until you find the right one. This is especially annoying for team medics. It would be really nice if squad members are labelled A, B, C, etc so they can be identified quickly. 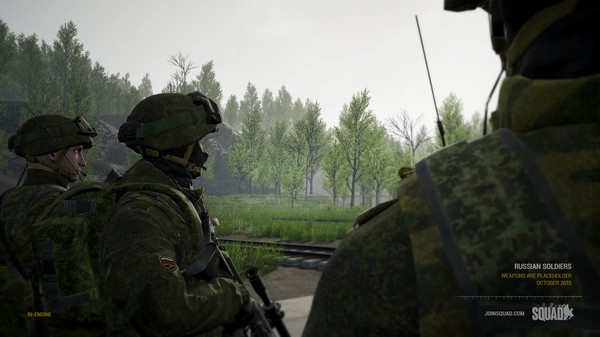 The audio/visuals are a work in progress, but they are very solid right now. The map designs are inspired by real life locations. Models and textures look pretty good, though some more realistic models will be coming down the pipeline soon based on Offworld Industries’ constant news updates. The audio experience is fantastic. The sound effects for the guns are punchy and sound absolutely deadly. Hearing bullets wiz by your head is incredibly terrifying, which just sucks you into the moment and doesn’t let go. 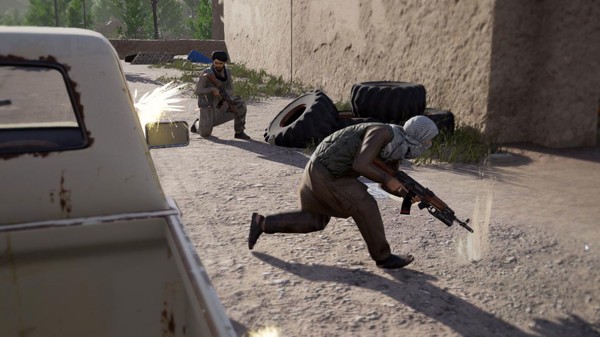 Squad is definitely an early alpha game still, with lots of features needing to be implemented. If Offworld Industries is able to keep up their current pace, they may pull off a title worthy of being called Project Reality’s spiritual successor. The currently available infantry-only gameplay is well executed. It is relatively accessible for the genre and is an intense experience. I suspect Squad might become a must have for realistic shooter fans.