The three Mobile Suit Zeta Gundam: A New Translation films will be featured across three discs with Japanese Dolby Digital 5.1 Stereo audio and English subtitles. They will be presented in the 16:9 aspect ratio. The films feature theme songs from Gackt. The theatrical trailers will be featured as extras. The suggested retail price for this set is $49.99 USD.

All fifteen Gundam Evolve short films will be featured with Japanese Dolby Digital 2.0 Stereo audio and English subtitles. They will be presented in various aspect ratios. The short films feature both traditional and digital animation. They will cover stories from multiple Gundam series, feature side stories of characters such as Heero Yuy from Gundam Wing and include a retelling of episode 39 from the original Mobile Suit Gundam television series. The suggested retail price for this release is $24.99 USD. 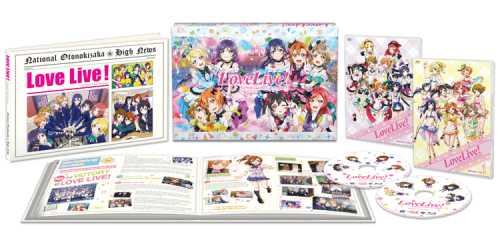