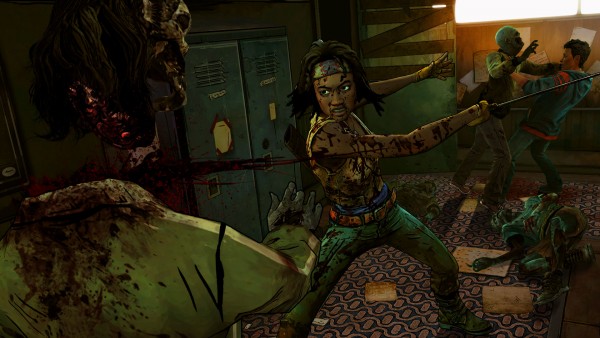 The Walking Dead television series returned last night and if that episode didn’t have enough action for you, or your late and haven’t watched it yet, then Telltale Games still has something to help scratch that Walking Dead itch. With The Walking Dead: Michonne set to begin next week on February 23rd the company has decided to release a six minute video showing off how the first episode will begin.

In the video below you’ll be able to catch Michonne being voiced by Samira Wiley from Orange is the New Black as she struggles with her past memories as well as faces off against a large number of the undead.