The official Twitter account for the television anime series Cute High Earth Defense Club LOVE! (Binan Koukou Chikyuboueibu LOVE!) has revealed the title for the second season. The upcoming season will be titled Cute High School Defense Club LOVE! LOVE!. It was originally announced in August 2015 that a second season had been green-lit. The first season aired in Japan from January to March in 2015.

Ponycan USA released the first season across three collector’s editions last year. The first four episodes were released in a DVD and Blu-ray combo pack on August 10, 2015, with the next four episodes following on September 10, 2015 and the final volume coming out on November 10, 2015. These releases featured the series with Japanese audio and both English and Spanish subtitles. 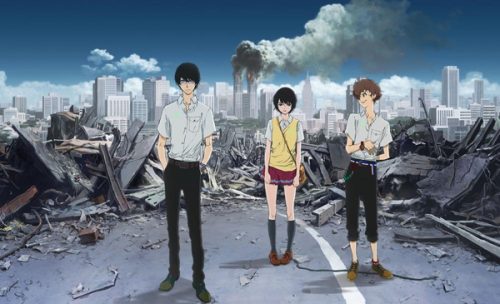