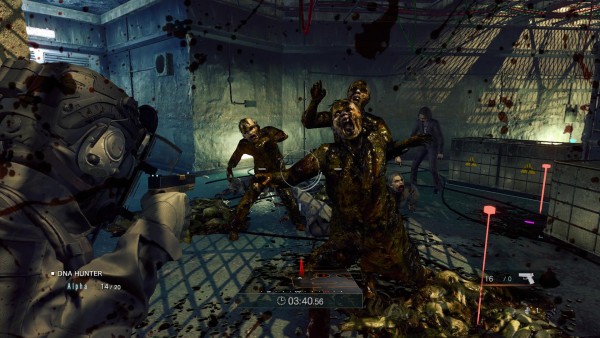 Remember Umbrella Corps? Capcom has announced that the title now has a set release window worldwide and an exact release date in Japan. The company plans on releasing Umbrella Corps for the PlayStation 4 and PC this May in North America and Europe and on May 12th in Japan. The game will be a Resident Evil themed multiplayer shooter that supports up to six players with the majority of the modes being geared towards competitive team battles.

There will be a single player mode named “The Experiment” designed to help players learn the ropes of the game as they take part in twenty missions completing various objectives. The title will feature a number of classic areas such as the village from Resident Evil 4 and the Tricell Organization headquarters from Resident Evil 5. You can check out a new trailer for Umbrella Corps as well as a few new screenshots showing off familiar enemies below.

Resident Evil: Revelations and Circle Pad Pro coming to 3DS in all its evil glory