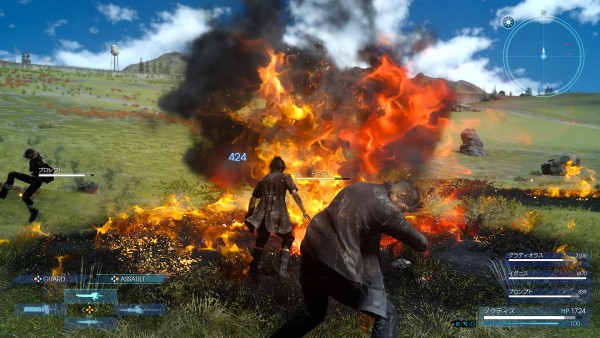 Square Enix has announced that the next Final Fantasy XV Active Time Report will be held this Saturday on January 30th at 8 p.m. PT / 11 p.m. ET on YouTube. The focus of this video will be spent on providing new details about the Niflheim empire and showcasing some brand new battle footage and combat magic. The English subtitled program will include director Hajime Tabata and global marketing director Akio Ofuji.

The company also stated that there will be updates given for the March 2016 event that Square Enix is planning on announcing the release date for Final Fantasy XV. As for the screenshots below, they focus on showing Noctis using the “Fire” spell against enemies, attacking enemies from the air, and using stealth to sneak around opponents.