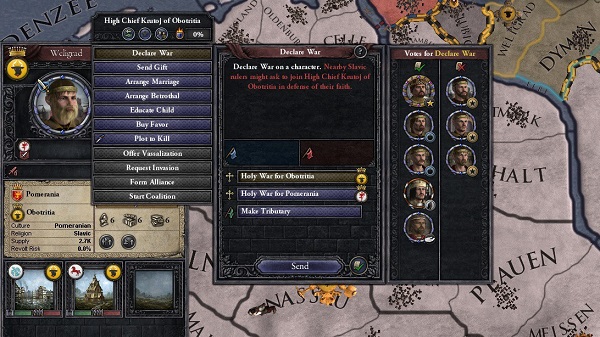 Crusader Kings II, the grand strategy game developed by Paradox Development Studio (creators of the Europa Universalis series), is having new DLC released in the next couple of days. The new expansion titled Conclave focuses upon improving the internal politics of realm management as well as introducing new mechanics to ‘rubber band’ players who are too successful in ruling a large domain.

The content in this update focuses upon adding more of a challenge to the mid and late game which (generally) has more experienced players steamrolling across the map due to their rule over large kingdoms and their accompanying huge armies. By making the internal political system of the realm more complex and unstable with the introduction of a new ‘council’ mechanic; vassal NPCs will now clamour to get a position sitting on said council so they can influence the direction the realm is going in. The council will vote on various courses of action to take which can align with your own player goals but more often than not there could be some disagreement between your choices and the wishes of the council. Although you can fill these seats up with lackeys and die-hard loyalists, you may wish to assign vassals these same seats to rebellious and powerful vassals to put them under your thumb (keep your enemies closer… as the saying goes). The personalities of the characters assigned to these seats will dynamically determine which way the council will vote on various issues. If, however, your vassals feel like you’re not giving them a say in how the realm is going or you routinely go against the desires of your council; the likelihood of your kingdom or empire collapsing due to civil war increases. 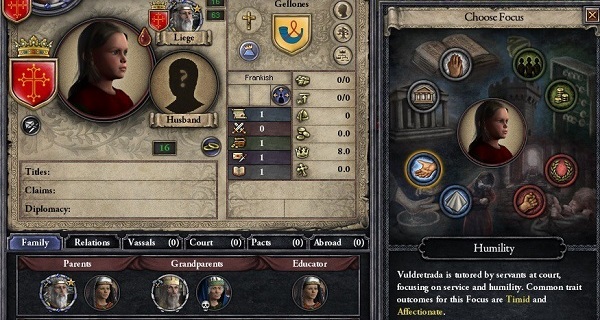 In addition to this feature, the expansion will also bring in new features like greater control over a child’s education, a coalition system for rulers to band together against a common enemy, changes to how alliances are formed, and various AI improvements.

The expansion will be released on February 2nd, 2016 and if the new internal intrigues interest you then it can be pre-ordered here.