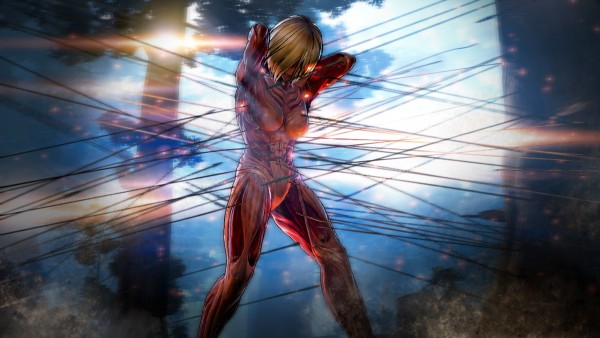 In case the title there didn’t tip you off, then be prepared for some Attack on Titan spoilers if you haven’t checked out the first season at this point because Koei Tecmo and Omega Force have released a large batch of screenshots for their upcoming Attack on Titan game and in it they feature the recently confirmed Female Titan, Titan Eren, and plenty of other elements of the game, including the ability for players to develop equipment, including a large number of game-original equipment, to take down the Titans.

Currently Attack on Titan‘s video game is set to be released on February 18th in Japan for the PlayStation 4, PlayStation 3, and PlayStation Vita while a Western release is planned for sometime in 2016.