Ark: Survival Evolved is a survival FPS in active development. The game drops players naked and shivering on a mysterious island full of dinosaurs and other primordial creatures. Starting from the most basic tools from survival, players will learn to survive in their harsh new environment and eventually become its master. 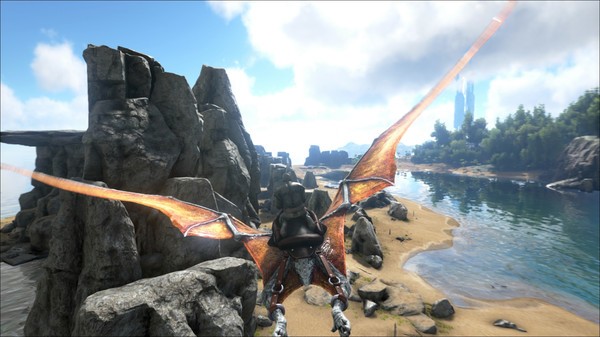 On the surface, Ark: Survival Evolved is a game in a very crowded genre that has become the video game industry’s flavour of the week. It is a bit hard to feel a sense of déjà vu as your character scrambled up onto their feet on one of Ark island’s many beaches. But instead of the ever popular zombies that roam the island, Ark: Survival Evolved opts for dinosaurs and other pre-historic creatures. The dinosaurs may seem like a gimmick, but it really gives the game a unique feel. They create some incredible moments of awe and sheer terror. Giant creatures that tower well into the skies are simply a breathtaking sight, especially when you realize a single wrong step could easily turn you into a pancake. On the other hand, reliving the game’s equivalent of the famous Jurassic Park raptor scene will create plenty of nightmares of its own. Mixed in with the uncertainty of PVP interactions, Ark: Survival Evolved can be at times a tense affair. 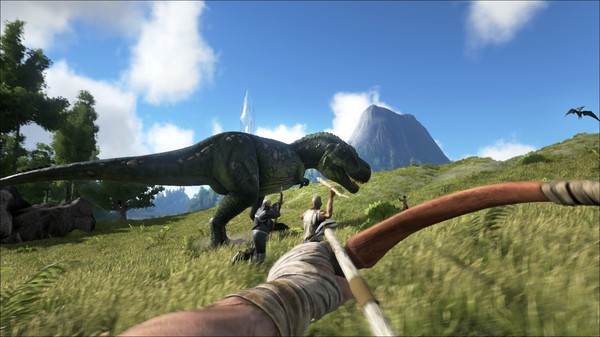 Upon booting up the server browser, players will be greeted by a very healthy number of servers both official and community-run. Care bears and newbies will be pleased to know that PvE servers are available, which will let people focus more on learning the basics of the game without having to worry about being stabbed from behind by a stranger. Currently, character data does not appear to transfer between official servers, so be remember to favourite the server you choose.

The first few hours of the game are a bit of a desperate grind. Every level gives players enough points to buy a couple new crafting recipes. Levels come rather slow as players have to deal with trying to survive their first couple of hours on the island and grind out enough experience points to start their first base. Since players are free to choose their own crafting recipes, the first couple of levels can be really rough when you have no idea what to do or what to buy. I think having pre-set recipes for the first few levels of each character would help smooth the learning curve for new players. 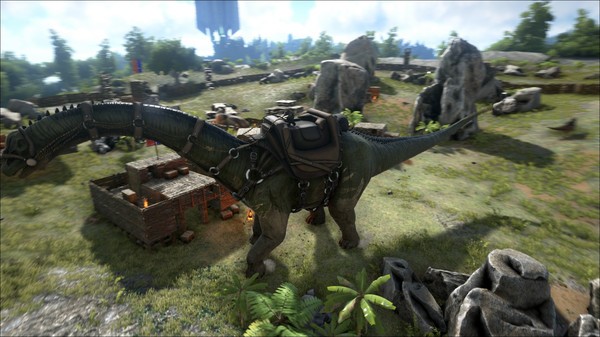 Most surprisingly, the game reminds me more of Minecraft than the standard survival FPS. While there is plenty of combat and tense PVP moments in game, there is a lot of focus on growing the player’s tech tree, building bases, and taming creatures. The island is incredibly large, leaving plenty of room for players to spread out, inhabit, and explore. Late game structures end up becoming complex outposts that require utilities like electricity and water. Constructing these buildings feels very much like LEGO blocks, with pieces snapping into place. It leads to rather angular structures, but it is very easy to do.

Ark: Survival Evolved’s UI is a bit overwhelming at the moment. While the main game UI is decent, the menus are a bit on the messy side. It feels like the developers are currently trying to cram in all relevant information in one screen. The options menu is in the most dire need of some reorganization, as all the options are crammed into one screen. The inventory menu in game is a little better organized, with a few quality of life actions included. A small annoyance I’ve ran into is repairing items in my hotbar. At this point, it is only possible to repair broken items in the hotbar. To repair damaged items, I have to put them into the inventory first, repair them, and then return them to the hotbar. 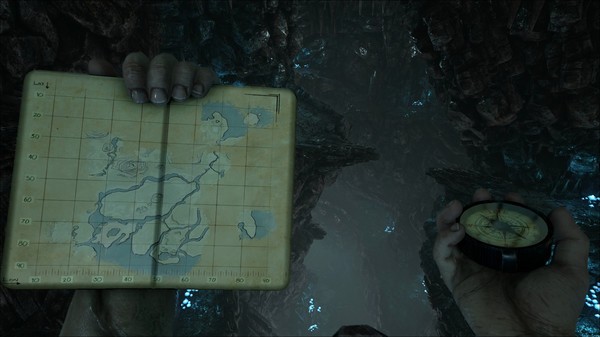 The game is looking very good. The island is lush and very alive. Running the Unreal 4 engine, there are plenty of eye candy if you have enough power to run things well. Ark: Survival Evolved is currently very much an Early Access title on the PC. The game is not well optimized and there are still plenty of visual glitches. Optimization is a work in progress and there is still a good way to go on PC.

So far, the audio in Ark: Survival Evolved is excellent. There is plenty of variety to the sound effects and some pleasant and unobtrusive music to go with the game. The game is handling sound effect directionality particularly well. I could hear the sounds of flying dinosaurs and insects buzzing above my head with a good set of headphones quite clearly. 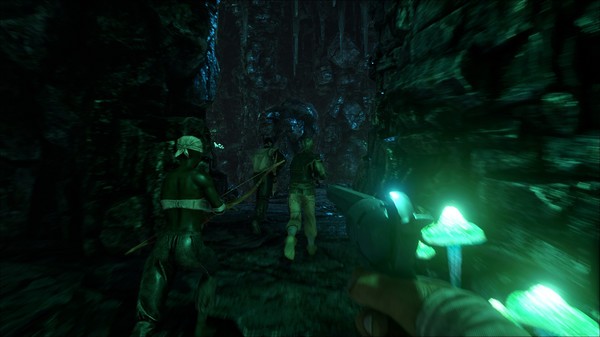 Ark: Survival Evolved is on a strong and steady path. The game has seen a very steady stream of content updates since the game launched on Steam Early Access and has made the hop to next-gen consoles. The game has strong foundation with its unique take on the popular survival FPS genre and some very interesting ideas. Hopefully, we will see Studio Wildcard continue to optimize the game and fine tune the gameplay in 2016 as we approach Ark: Survival Evolved’s full release. 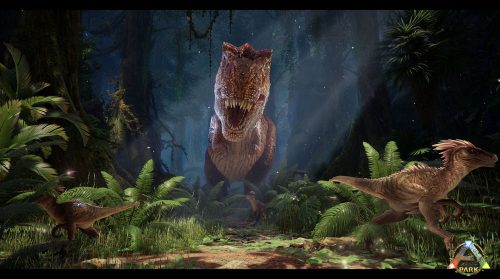 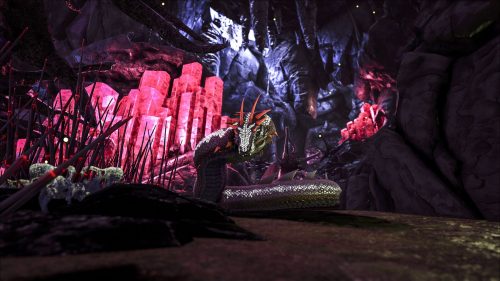