At their panel at Anime Nebraskon, Nozomi Entertainment announced their acquisition of the Magic User’s Club anime series and the release date of their DVD release of Pita-Ten.

Magic User’s Club began as a 6-episode OVA in 1996. This was followed three years later by a 13-episode television series. It “tells the story of robotic alien invaders and a group of teenage witches that rise up to defend Earth.” It is directed by Junichi Sato and was animated by Triangle Staff and Madhouse. The complete series will be released with Japanese audio, English audio, English subtitles and English on-screen translations in the spring of 2016.

Pita-Ten will be released on February 2, 2016 and will be available for pre-order from January 5, 2016. It has a suggested retail price of $49.99 USD and will include all 26 episodes across five discs with Japanese 2.0 audio and English subtitles. On-disc extras will include the textless opening and ending animation, commercials, an event promo and liner notes. Right Stuf describes the series as follows:

When your neighbor’s an angel-in-training, there’s no telling what could happen!

Kotarou used to spend most of his time alone, but when the apprentice angel Misha moves in next door, his life is thrown into chaos. Misha immediately clings to Kotarou, but since she doesn’t know much about life on Earth, her “divine intervention” is anything but helpful. She constantly breaks things, gets into trouble, and causes all sorts of misunderstandings.

Now, Kotarou finds himself in one weird situation after another. Where will he end up next? The accidental lead in a school play? Literally glued to his friends? The victim of a voodoo doll? Who knows, but at least he won’t be bored!

The Pita-Ten anime is based on Koge-Donbo’s manga series. Toshifumi Kawase and Yuzo Sato directed the adaptation. Madhouse handled the animation production. 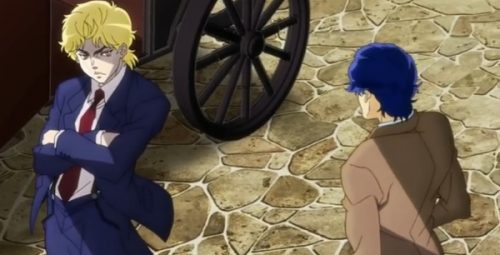