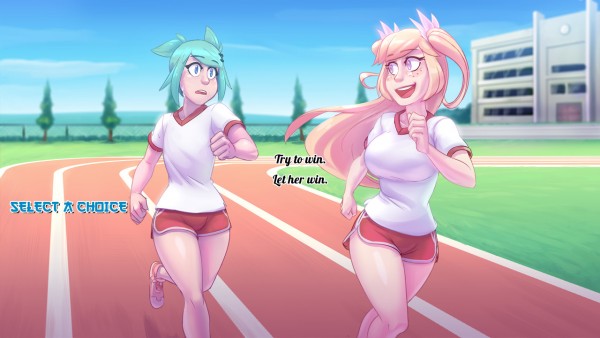 A new visual novel is on the way to both MangaGamer on Steam and it just so happens to be called Highschool Romance. Though the title features no adult content, it does offer a bit of a twist since the story of the visual novel follows a young man named Shoji who must now cross dress as a girl after he is accidentally enrolled in an all girls high school.

Developed by AJTilley, Highschool Romance will offer multiple endings and when it is released for PC, Mac, and Linux on November 18th it will be priced at $9.95, though those who want to pre-order the visual novel can do so through MangaGamer (where a free Steam code will also be provided) for $7.96.