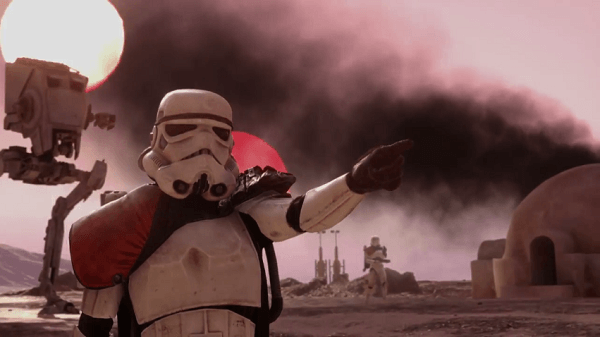 The hype around Star Wars has been at an all time high thanks to the new movie coming out as well as the recently concluded Star Wars Battlefront beta so it only makes sense that EA and DICE take Paris Games Week as a fresh opportunity to release a brand new trailer for the game.

This trailer includes both cinematic footage as well as gameplay footage showing off previously revealed Hero characters as well as Leia, Han, Palpatine, and even Boba Fett who just barely avoids falling into a sarlacc pit once more and even mentions that he won’t be falling for that again.