I wish that whenever I wrote a Star Wars article, I could transcribe the epic fan fare of the films as a bit of an intro. However since I am no where near musically gifted enough to do that, we will just have to jump right into it! Disney have released a brand new Star Wars app for iOS and Android devices. 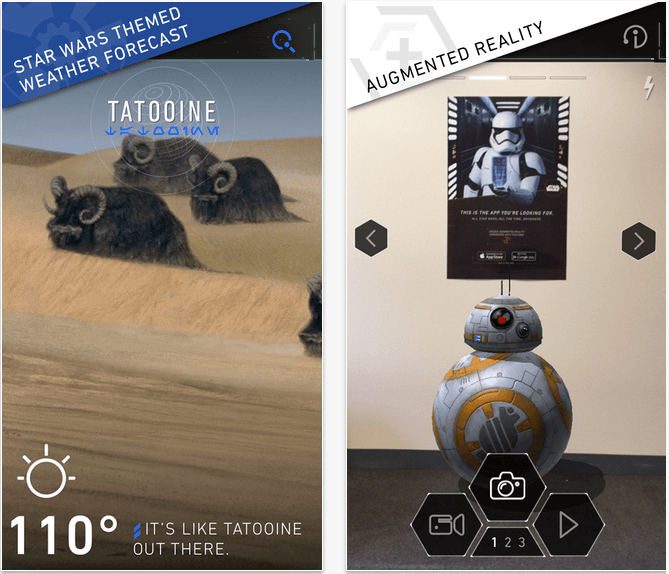 The app, which is available now gives fans news, previews, inside looks, augmented realisty games and even a countdown timer to this year’s Star Wars: The Force Awakens release date. There isn’t much else for me to say on this one, but check out the trailer below for a look at the App in action and then head over to The App Store or Google Play and download away, and may the force be with you all!