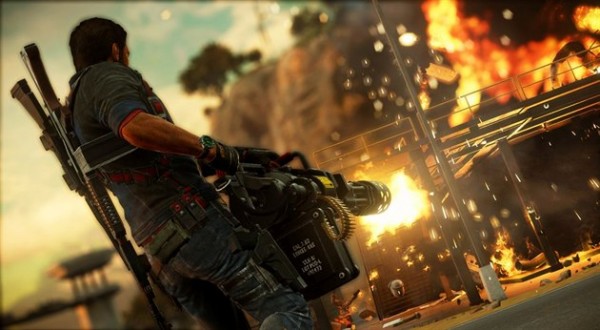 Avalanche Studios and Square Enix were not kidding, when they promised more explosions in their upcoming open-world action adventure, Just Cause 3. The third installment of the award-winning franchise promises fans the ultimate combination of chaotic sandbox fun and unlimited firepower, so much so that the world of Just Cause is going to burn to the ground this December.

Just Cause 3 marks the return of Rico Rodriguez, the badass you gotta love, whose job is to cause complete anarchy in areas that need new governance. With the third installment, players will get to know more about the protagonist, as he takes charge against an evil military dictator, to save his homeland within the Mediterranean archipelago. 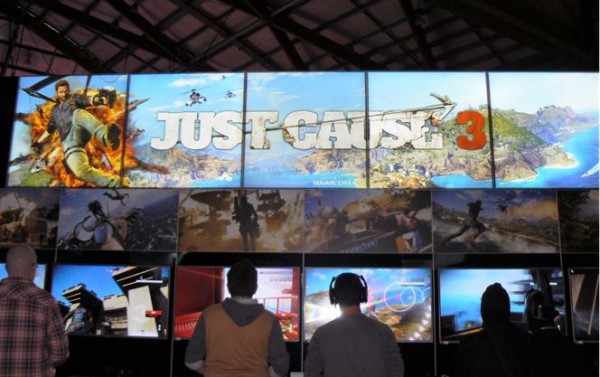 Over the weekend at EB Games Expo 2015, Just Cause fans got first-hand experience of the creative destructiveness that makes this game so unique. Let me break it down for you. Imagine how much damage you could do in 1 minute and 30 seconds? This mini mission in Just Cause 3, serves as the perfect example of what Rico Rodriguez is capable of doing under pressure. Essentially, players need to destroy whatever they can reach within the time control, and will be rewarded with a greater score if they cause bigger explosions. Rico starts at the top of a building, with a rocket launcher strapped to his back, and all the C4 he could ever need at his fingertips. How can you possibly fail?

The best part of this mini mission, is that the timer only starts ticking after the first explosion you make. Therefore, players can explore their surroundings before kicking things into action. While playing at the Expo, I decided to venture away from the industrial area and take a drive across the gorgeous landscape. For the first time in Just Cause, the map has never been bigger for players to traverse, with an impressive 400 square mile Mediterranean island of Medici.

However, travelling too far from the main area and going out of bounds can result in a loss, that’s if you don’t make it back to the playing-field in time. Not going to lie, I spent more time exploring the area and trying to determine the best starting point for Rico to cause the most damage. 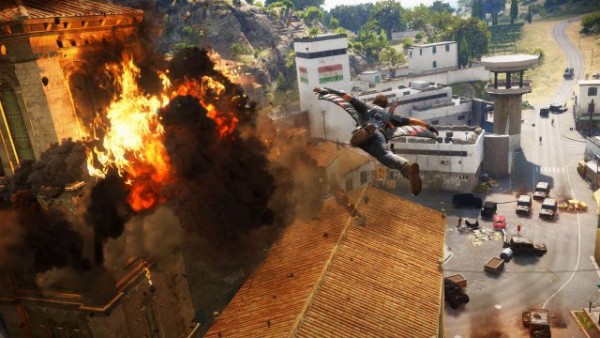 There is much more to look forward to in the next installment of Just Cause, with the new wingsuit enabling Rico to deal all sorts of chaos and mayhem, and travel at a greater speed over the Mediterranean island. The improved grapple, means that players now have multiple tethers they can deploy at once, which, if used right, causes bigger explosions.

As a new player to the franchise, I have to say, it was great fun blowing up everything possible in Just Cause 3 at EB Games Expo 2015. I am excited to see more of the game, when it is released at the end of the year. Just Cause 3 will be available on Xbox One, Playstation 4 and PC on December 1st. For those who pre-order via Steam, don’t miss out on the Air, Land and Sea Expansion Pass, with an exclusive Flame Wingsuit and Parachute Skins.