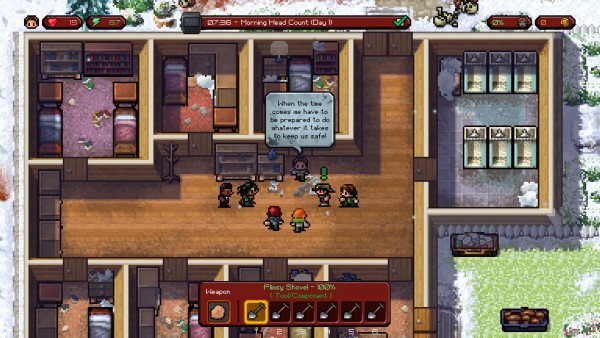 If you happened to enjoy The Escapists, a fun little title about escaping prisons, and The Walking Dead then you’ll be ecstatic to hear that a collaboration between the two properties is going to be released soon. Team17, collaborating with Skybound Entertainment, have announced that The Escapists The Walking Dead will be released on September 30th for the Xbox One and PC.

This version of the game will cost $19.99 and include five levels that follow the storyline from the game, placing players in the Harrison Memorial Hospital, Greene Family Farm, Meriwether Correctional Facility, Woodbury, and Alexandria. Players will be able to craft weaponry, play as signature characters from the hit series, and more as they try to survive.