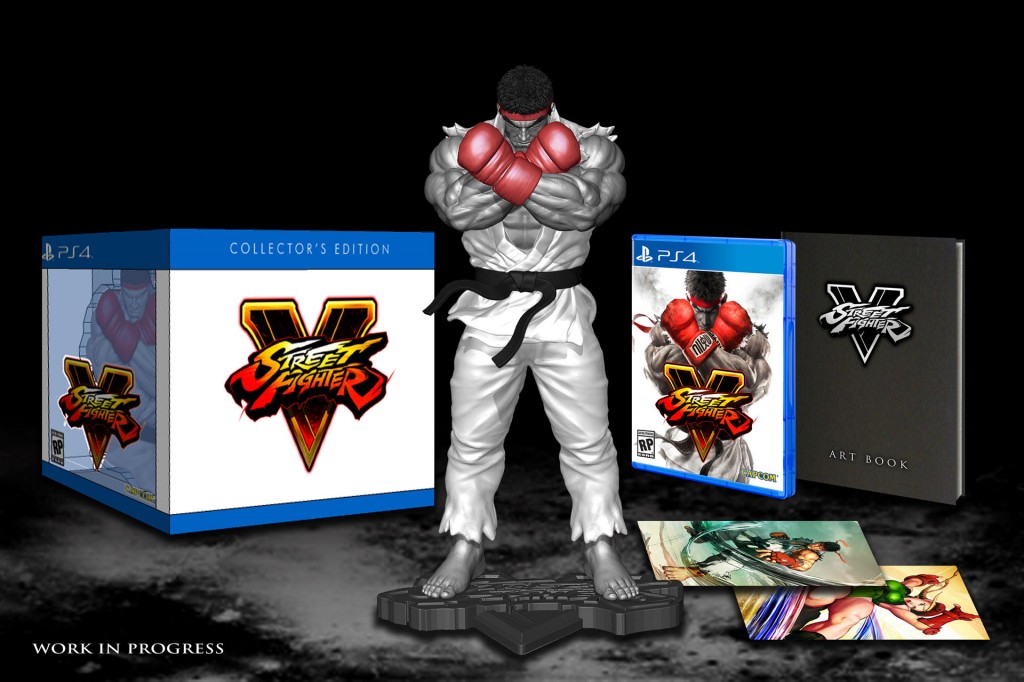 Capcom has revealed that a special $99.99 collector’s edition will be released alongside the standard version of Street Fighter V in spring 2016 and that it will include the game of course, a 10 inch fully painted Ryu statue, a forty eight page hardcover artbook, DLC code cards that contain various bonuses such as Udon Digital Street Fighter Comics, a sampler of the soundtrack, and a subscription to the Capcom Fighters Twitch Channel.

The company also revealed that those who pre-order the game from Gamestop will receive a Ryu Battle Costume featuring a strong and grizzly looking Ryu, Best Buy consumers will receive a very nice looking battle costume for Cammy where she is decked out in mission gear, while M. Bison gets an outfit from Amazon, and finally Chun-Li’s battle costume will be available as a digital download pre-order bonus.