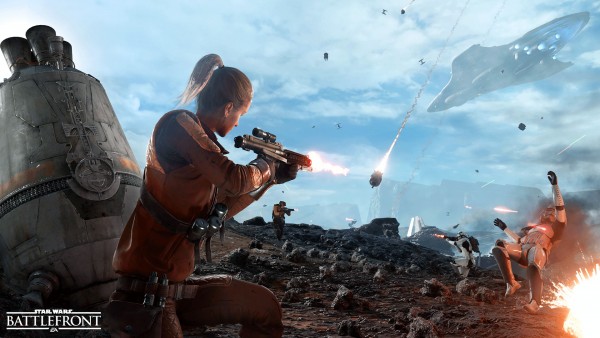 Recently Electronic Arts and DICE announced that they would be launching a beta for Star Wars Battlefront in early October and that one of the modes would be called “Drop Zone” which at the time had not been fully revealed.

Now the company has chosen to reveal that Drop Zone will be a mode similar to “King of the Hill” where Rebel and Empire teams, each made up of eight players, must fight over and capture drop pods that are falling through the atmosphere and landing on the planet below. A team wins when they capture five pods or by whichever team has the most pods at the end of the ten minute match. Currently Star Wars Battlefront is set to be released on the PlayStation 4, Xbox One, and PC on November 17th.