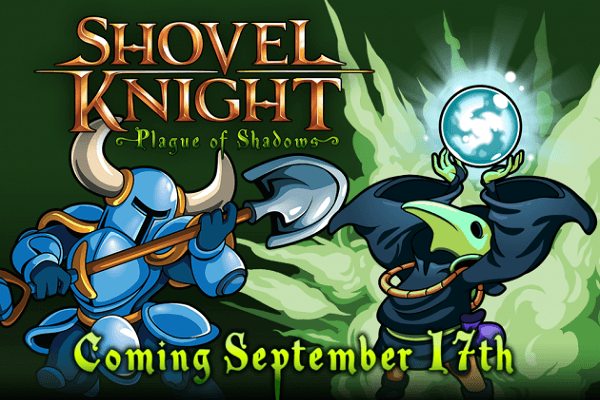 Plague Knight is trying to concoct the Serum Supernus but to obtain these ingredients he must take them from his former allies from the Order of No Quarter. Plague Knight must take down his foes with various explosives, navigate with bomb jumps, and more to make his way through the game. Check out a trailer showing off more of the free content below.

Shovel Knight to be released on PS4, PS3, and PS Vita