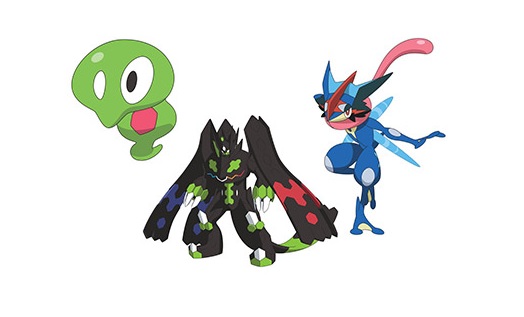 This is interesting. Many were wondering when a new anime would be announced for Pokemon as X and Y have been steadily wrapping up, and today The Pokemon Company did just that by announcing Pokémon XY&Z- which will debut in Japan later this fall. This new series of course comes with a new plot, mainly focusing on new forms.

In big animation news from Japan, new forms for Zygarde and Ash’s Greninja have been revealed! In the latest season of Pokémon animation, the Legendary Pokémon Zygarde is discovered to have multiple Formes as it develops into the Pokémon you already know…and beyond!

I am curious, I must say. I am also wondering if this will lead to an announcement of a third game from Ninty which would of course be Pokemon Z – featuring this new form for Zygarde. I don’t know how they would work in the new Greninja into the series however as it is Ash’s own personal form, but again – this may be something that is explained later.

Perfect Link and Other Features Detailed for Pokemon Conquest