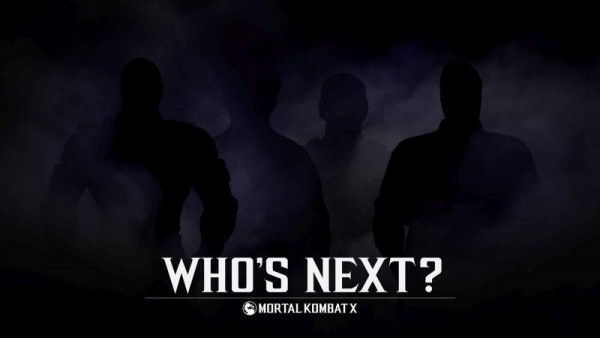 It seems that NetherRealm‘s Mortal Kombat X still has some more life to it despite the last-gen versions on the Xbox 360 and PlayStation 3 being cancelled recently and the DLC for the released versions wrapping up a couple of months ago.

You see, Ed Boon has revealed that there will be four more characters added to Mortal Kombat X in the future with the ominous image saying “Who’s Next?” with four silhouettes behind the text. You can try and guess who these four characters might be but for now all we can do is wait as no release window for these characters has been announced yet.