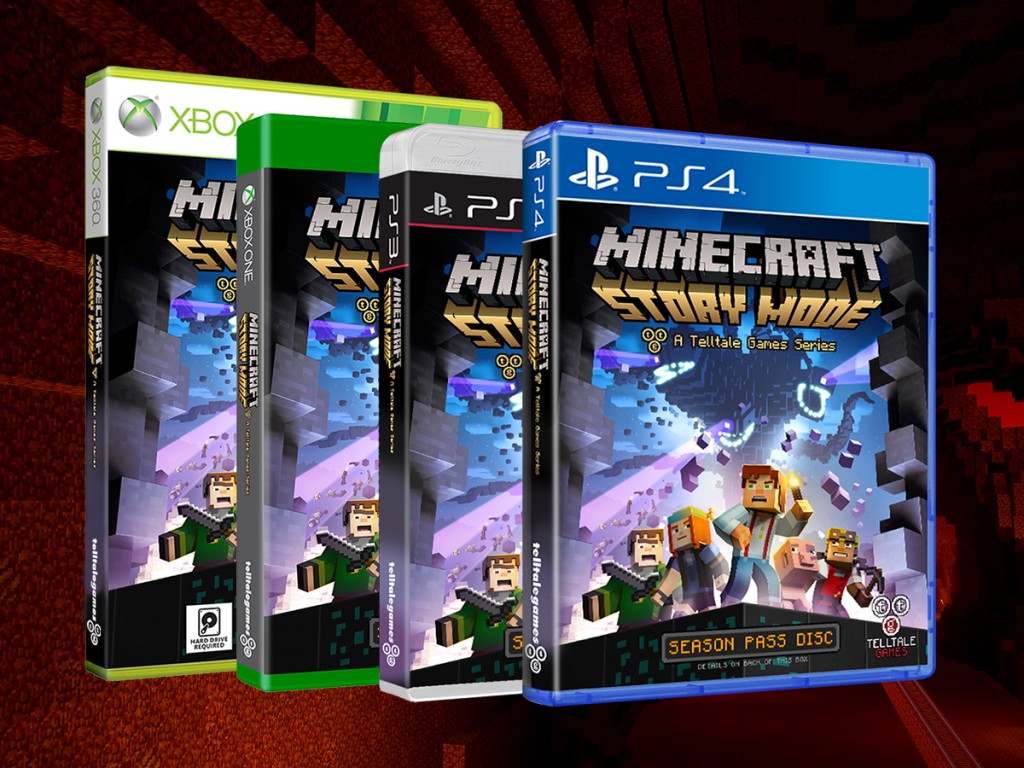 Telltale has announced that the first episode in their latest episodic adventure series, Minecraft: Story Mode – A Telltale Games Series, will be released on October 13th. The first episode is called The Order of the Stone on Windows and will be available on the PlayStation 3, PlayStation 4, PC, Mac, Xbox 360, and Xbox One with the iOS and Android versions dropping on October 15th and an eventual Wii U and Vita release sometime in the future.

Interestingly enough, the company is also releasing the first episode at retail on October 27th. The way this works is that the first episode will be contained on the disc while the disc itself will work as a “Season Pass” of sorts that will allow the following four episodes to be downloaded as they are released.