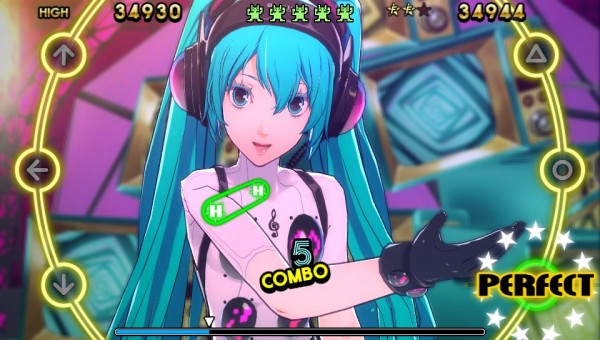 After a bit of a tease recently, Atlus has decided to confirm that they will indeed be releasing Hatsune Miku as a DLC character for Persona 4: Dancing All Night. She will be released for the game in North America on October 20th and will be priced similar to other characters at $4.99.

Hatsune Miku will come with the “Heaven feat. Hatsune Miku” (ATOLS Remix) song and will have a number of different accessories that allow players to change her hair and eye color. You can check out screenshots of Miku below while Persona 4: Dancing All Night is set to be released in North America on September 29th and in Europe on November 6th.