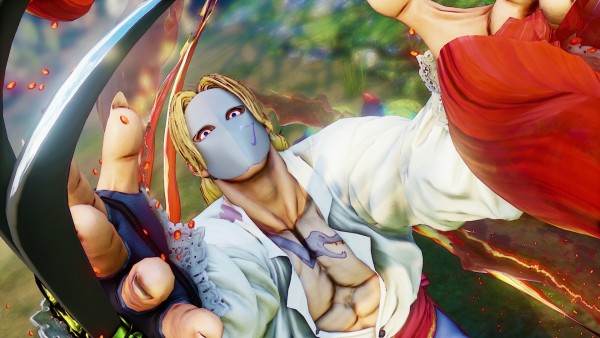 Capcom has announced that the masked warrior Vega will be joining the roster of Street Fighter V and will be playable at Gamescom this week for players to try out against not only the recently announced new character Necalli but also the returning characters Birdie, Nash, Ken, Chun-Li, Ryu, Cammy, and M. Bison.

Of course since not everyone can be attending Gamescom, Capcom has released a minute long trailer and a number of screenshots showing how Vega will look, both with and without his signature mask, in Street Fighter V when it is released on the PlayStation 4 and PC sometime in early 2016.