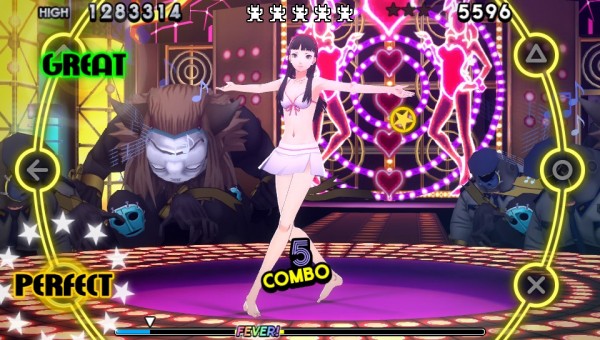 Remember those swimsuit costumes that were released for Rise, Yukiko, Chie and Naoto in Japan? Well when Persona 4: Dancing All Night is released in North America Atlus USA will be making the “Girls’ Swimsuit Set” available as a free piece of DLC for one week after the game is released on September 29th.

It is worth noting that the company has yet to announce how much or when other pieces of DLC for Persona 4: Dancing All Night will be released but that info will likely be revealed in the coming weeks. To go along with this latest information Atlus has also released a new English character trailer that focuses on Yukiko and you can check it out below.