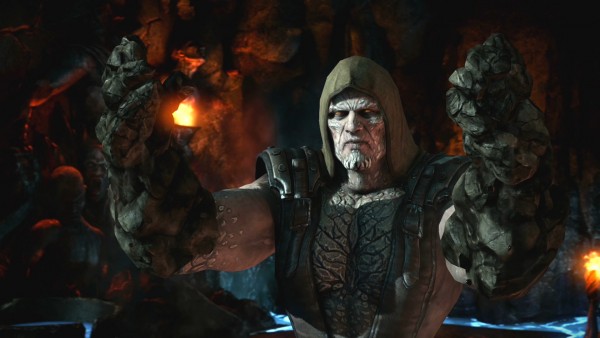 Tremor’s first appearance in Mortal Kombat lore was in Mortal Kombata: Special Forces. He is Kano’s disciple and for the first time, will be a fully playable character in Mortal Kombat X. Tremor will be available as part of the Mortal Kombat X “Kombat Pack;” the “Tremor Bundle” which contains the “Klassic Skins Pack 2” for Quan Chi, Jax, and Kung Lao along with Tremor; or on his own. Warner Bros. will be releasing Tremor on all platforms on July 28th.

Tremor lives up to his name with devastating earth based moves such as causing earthquakes with his fists and hurling stone projectiles at the enemy. His Mortal Kombat X appearance is drastically different from his previous looks, with his parts of his flesh being replaced with rocks.