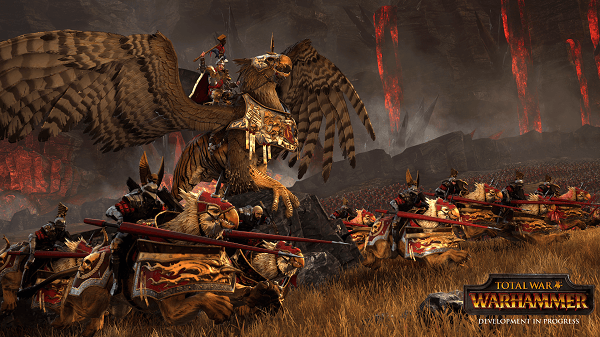 Outright I will say that I am a huge fan of both the Total War series and the Warhammer IP. For a long, fans like myself have dreamed of the two coming together in one glorious package. Earlier this year, such a dream was announced as becoming reality with Creative Assembly officially announcing that they were planning on releasing Total War: Warhammer. I was able to attend a hands-off demo at E3 and I spoke with one of the devs, which you can read about here, but for now we’ll focus on the demo…

The demo itself focused upon the battle of Blackfire Pass which itself is slated to be the culmination of a quest line for the Empire with a victory resulting in Karl Franz gaining access to Ghal Maraz (a powerful magic warhammer) as well as other “fat loots” as the developers described it. I imagine these questlines will run along a similar format to the mission system in Total War: Rome II but with a greater focus on narrative. 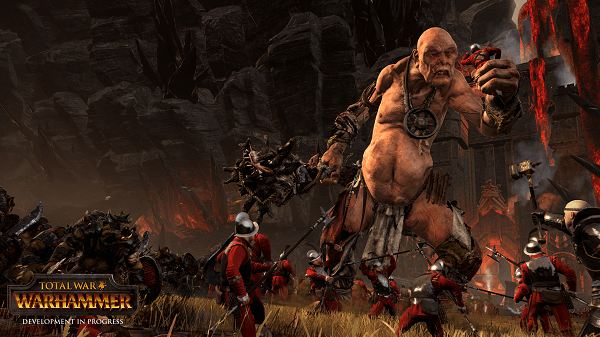 In this particular instance, the Empire were forming up against a horde of monstrous Greenskins led by Grimgor Ironhide. The camera panned across the pass and we were given close-ups (for a Total War game) of the units assembled. The Greenskin forces were an eclectic mix of orks, goblins, giant wolves, giant spiders, and giant… giants.

The Empire side was composed was composed of far more traditional (for a Total War game) units of human infantry, spearmen, and handgunners. Alongside artillery and a steamtank, these units came together to form a line against the horde.

In short order the Greenskin horde came crashing into the Imperial line with Orks and other beasties barreling into the human regiments to send men flying. Overhead, Karl Franz and his gryphon were in a deadly aerial ballet with an Ork warboss atop a wyvern. 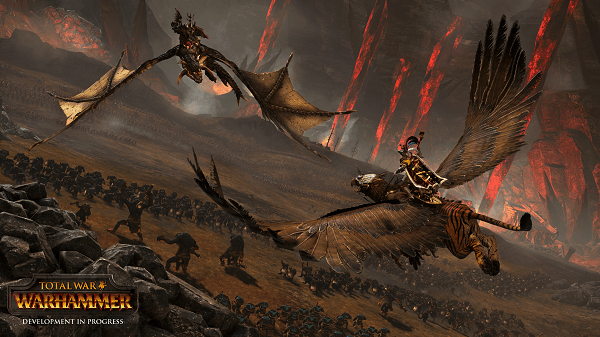 It was at this point that the Empire pulled it trump card and flanked the Greenskin forces with outriders, knights, and demigryph knights. As these units broke cover and charged, a greenskin shaman cast a powerful spell called ‘Curse of the Bad Moon’ which effectively destroyed and routed the unit of outriders.

In the final stages of the demo, magic was let loose with spells flying left right and centre. A particular highlight for me in this magical exchange was a Greenskin shaman summoning Gork (or was it Mork?) to smash down on the Empire artillery and destroy the steamtank. The final closing spell was cast with a celestial wizard calling down a comet of Casandora onto the battlefield. 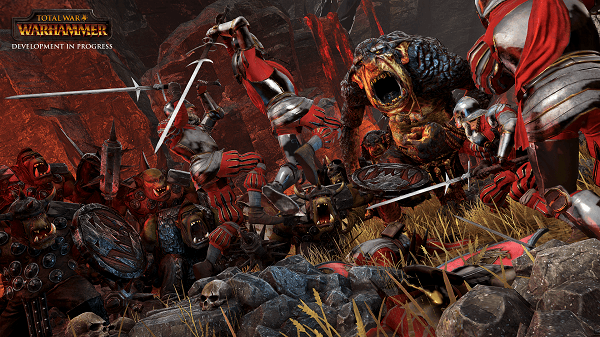 The demonstration was certainly interesting and it serves as a good proof of concept that Creative Assembly is adapting the world of Warhammer Fantasy to the Total War formula. The spells and aerial units are new and interesting to see. It was disappointing not to be able to see any of the campaign and I am skeptical of any ‘gameplay footage’ I see which is this carefully choreographed… but I am still eager to hear more. Until then, colour me ‘interested’ in Total War: Warhammer.

A Total War Saga: Thrones of Britannia Released on PC 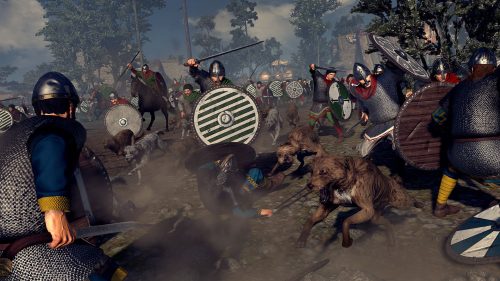