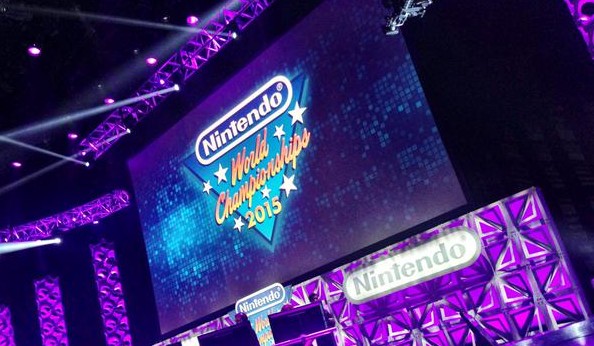 Ahh Nintendo, this is why we love you. The Nintendo World Championships 2015 kicked off Nintendo’s E3 campaign in a huge way, drawing in a nice live crowd and nearly 120,000 viewers on YouTube. An eight round celebration of new games and old games alike with gaming celebrities, the spirit of competition and even some fantastic surprise announcements such as the release of the first translated Mother game as Earthbound Beginnings that is available from today on the Wii U e-Shop.

16 competitors took the stage in 8 rounds with each game being unannounced until it was time to actually play. Players progressed through the tournament using the above format. Of the 16 competitors, 8 were well known gamers from the community with the other 8 winning the right to compete by succeeding at various Best Buy competitions that took place across the United States. The 8 celebrity players were:

djWHEAT, Andre (Black Nerd Comendy), and Justin Flynn commentated most of the tournament with a few special guests appearing for some games such as D1 for Super Smash Bros. Wii U or djWheat’s nine year old son for Splatoon. Kevin Pereira hosted the evening. A job well done to all those commentating and hosting as everything felt insightful and informative. As a whole the event ran very smoothly. 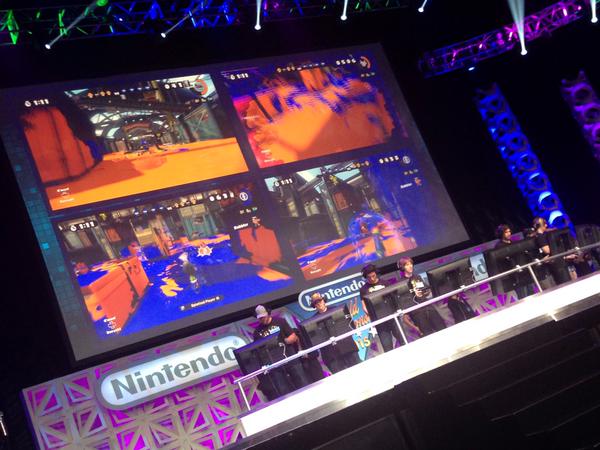 Now for the games which of course are the true stars of the show. The 8 games played and which round they were played in with winning conditions included: 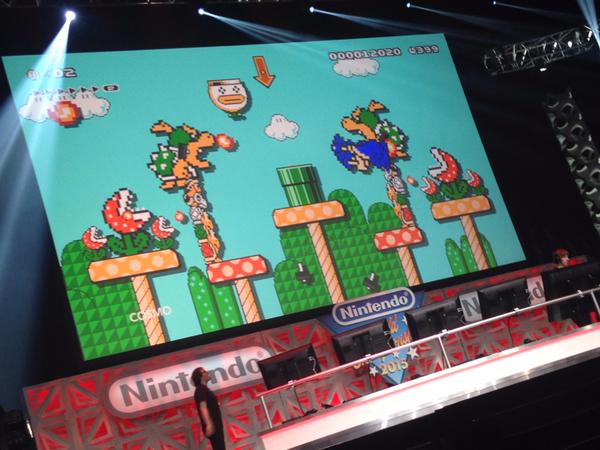 After all was said and done, Best Buy Competition winner John Numbers took out the event after Cosmo struggled in the ridiculously difficult final course of Super Mario Maker, with John Numbers performing some incredible platforming feats with clutch wall jumps, ducks and impressively timed stomps. Both finalists received a signed New Nintendo 3DS XL from none other than special guests Shigeru Miyamoto himself and John Numbers got to hold up his shiny Nintendo World Championship 2015 trophy up high.

It was a great event full of announcements, nostalgia, high tension and victory and I for one am hoping the Nintendo World Championships makes a return next year. If you have a spare 4 hours the entire event is embedded below for your viewing pleasure or you can just skip to the good bits. I recommend watching the Grand Final at the least as those courses were truly horrific and pictured some truly epic platforming feats. 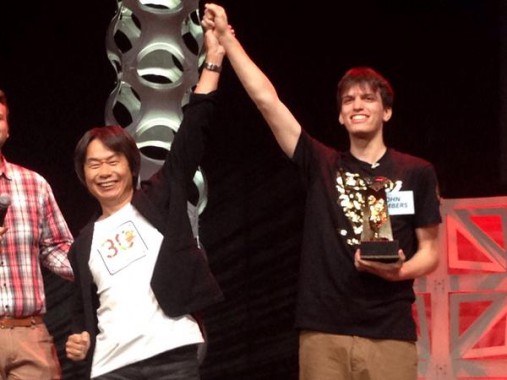 This was just the start of Nintendo’s E3 campaign and you can expect plenty more E3 Nintendo coverage from us with their Nintendo Direct Digital Event happening Wednesday morning 02:00 AEST and the Nintendo Treehouse running on the floor show throughout E3.