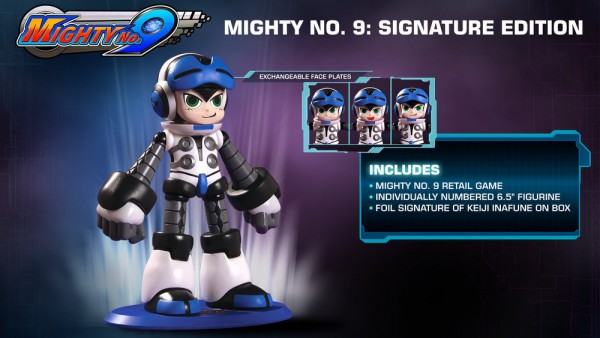 Deep Silver and comcept announced today that North America will be receiving a collector’s edition for Mighty No. 9. The bundle will be called the Signature Edition and will contain a copy of Mighty No. 9, a 6.5 inch figure of Beck that is individually numbered, and a special package featuring Keiji Inafune’s signature. The bundle will cost $59.99 USD. Those who pre-order the game will also get the “Retro Hero” DLC that features a retro style costume for Beck and a 1 hit-death mode. 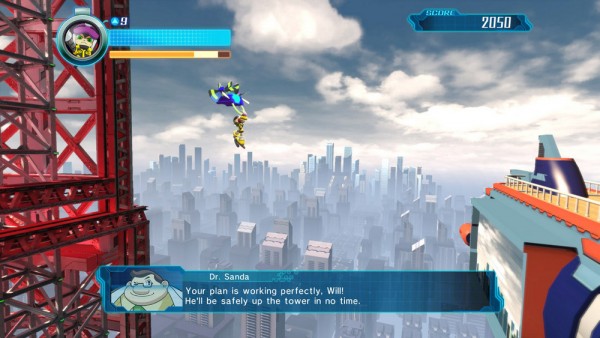 Mighty No. 9 will launch on PlayStation 3, PlayStation 4, Xbox 360, Xbox One, Wii U, Linux, Mac, and Windows on September 15th in the Americas and on September 18th for the rest of the world. A Nintendo 3DS and a PlayStation Vita launch will follow later in the year.