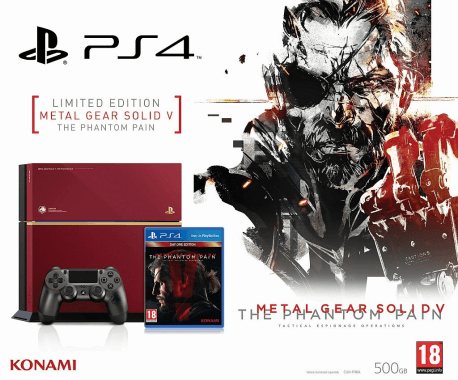 With E3 right around the corner, more and more early news that doesn’t hold as much weight as other announcements are starting to pop out. Today, Konami have revealed a new Playstation 4 bundle for Metal Gear Solid V, that will feature a sleek, red coloring.

The entire console is inspired by the same “bionic arm” that Snake has, with a controller that is a metallic grey. It looks rather awesome, and you can find it on launch day for the standard retail price of the Playstation 4, with the 500GB hard drive inside. Keep in mind that at the moment this Metal Gear console has only been announced for Australia and Europe, but I look for Konami to be announcing it for the states sometime next week.