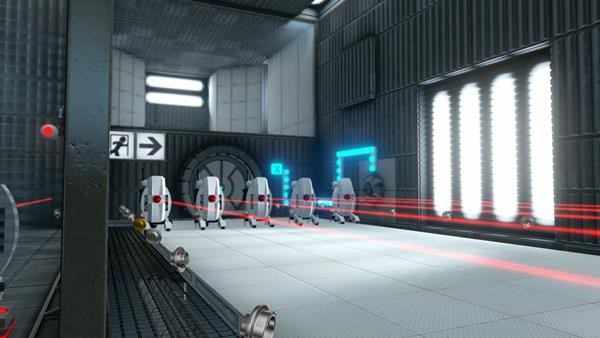 The LEGO video game franchise is by now a well established and has found itself adapting all manner of IPs into its universe, much like the actual LEGO toys themselves. These games have covered everything from Batman to Lord of the Rings while still largely being fun for both young and old to play with simple gameplay and zany humour. LEGO Dimensions, developed by TT Games, doubles down on this formula of using well-known IPs by pretty much combining all of them. 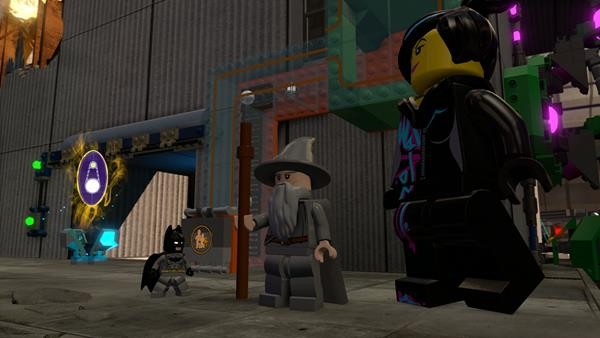 In the demo I was able to play, the levels ranged from the yellow brick road from The Wizard of Oz, the subject testing rooms of Portal, to a spooky mansion from an episode of Scooby Doo. The main characters are similarly ecclectic with the basic cast including Batman, Gandalf, and Wildstyle (from the LEGO Movie). They each have their own special abilities and powers which come into play at various points to help solve puzzles and progress through the story.

The gameplay largely falls into the standard LEGO game formula of being a very child-friendly brawler. Defeated enemies and destroyed objects generally break apart into small lego pieces to be collected for points and taking damage lowers your score. Where the gameplay enters into new territory concerns the new toy pad which has been added which allows the player to affect the game world through placement of various figures on the mat. In practice, this works in a similar way to amiibos in that it reads the chips at the base of the models and translates that into the game world by bringing the figurine into the level. 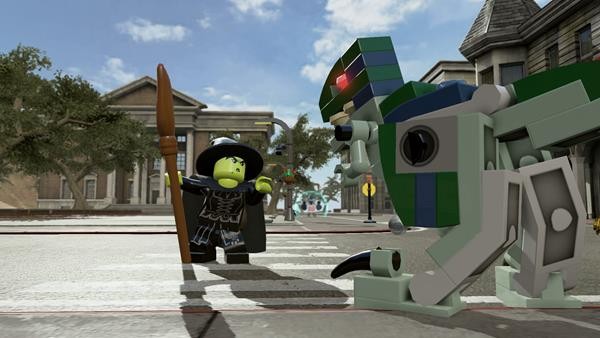 This peripheral opens up new aspects of gameplay through creative use of the use of its lights. Most of the puzzles I played make use of the pad in one way or another. With one instance I was using it as a detector for an invisible object I needed to find in the environment while in another I needed to move the figurines around the level to match corresponding colours on the toy pad. To be honest; I’m not sure how long this feature will be able to maintain its novelty but I imagine that the zany writing and gameplay will probably keep me interested in playing through long after the pad has become gimmicky. 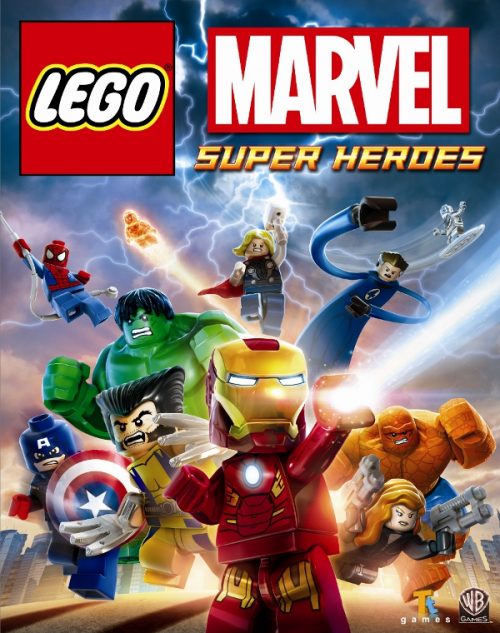