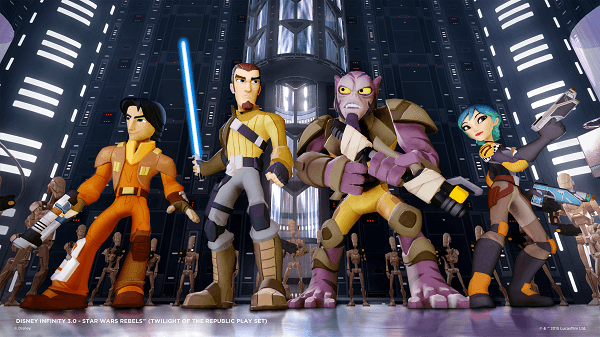 Recently, Disney had shared information about the Star Wars – Twilight of the Republic and Inside Out Play Sets for the upcoming Disney Infinity 3.0: Star Wars. Well since then, we have also been given some info about the Star Wars: Rise Against the Empire Play Set, as well as the newly announced Star Wars: Rebels character figures and even some fresh bounty hunting news straight out of E3. Rather than bombard you all with article after article of info, we decided to compile everything we have learned over the past few days into one easy to read Newsbeat. So lets travel to a galaxy far, far away!

Set at the time of the original trilogy of films, Rise Against the Empire is a Non-stop, action-packed adventure that allows players to explore open world planets like Tattooine on foot or on a Bantha, as well as taking down AT-ATs in a Snowspeeder on Hoth, out-maneuver stormtroopers on a speeder bike on Endor, and partake in epic space battles in an X-wing starfighter to destroy the Death Star. The Star Wars – Rise Against the Empire Play Set includes Luke Skywalker and Princess Leia figures. Han Solo, Chewbacca and Darth Vader will be available and sold separately.

Join the crew of the Ghost as they join the ranks of Disney Infinity 3.0. While they don’t have a Play Set of their own, the rebels are all playable in the new version of Toy Box, and each can be unlocked as playable characters in each of the other Play Sets. The included figures are:

I don’t think there are many Star Wars fans out there who were shocked by this one. Today at E3, Sony and Disney took to the stage to announce that the best bounty hunter in the galaxy, Boba Fett will be joining the ranks of Disney Infinity 3.0 as a Playable Character in the Rise Against the Empire Play Set. Boba looks to have his jetpack, blaster and whole bevy of skills that he is known and loved for. 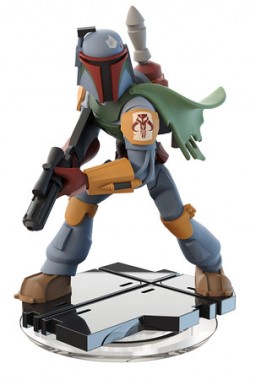 In other news, Sony also announced that much like they did with Disney Infinity 2.0, they will be partnering with the House of Mouse to release a special edition version of the game that comes with not only Boba Fett (earlier than he will be available anywhere else), but that will also include the Rise Against the Empire Play Set, including Luke Skywalker and Princess Leia figures.

So there we have it folks, a bombardment of Disney Infinity 3.0 news for you all to wet your whistles on. With Disney Infinity 3.0 and Star Wars: Battlefront dropping on consoles and PC later this year, Star Wars: Rebels returning to television for a second season and Star Wars: The Force Awakens hitting cinemas in December, this really is the year for Star Wars. So with that in mind, you had better make sure you stay tuned to Capsule Computers for all the hottest Star Wars news, previews, reviews and gossip as it becomes available. 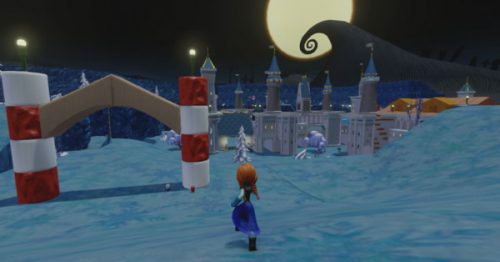