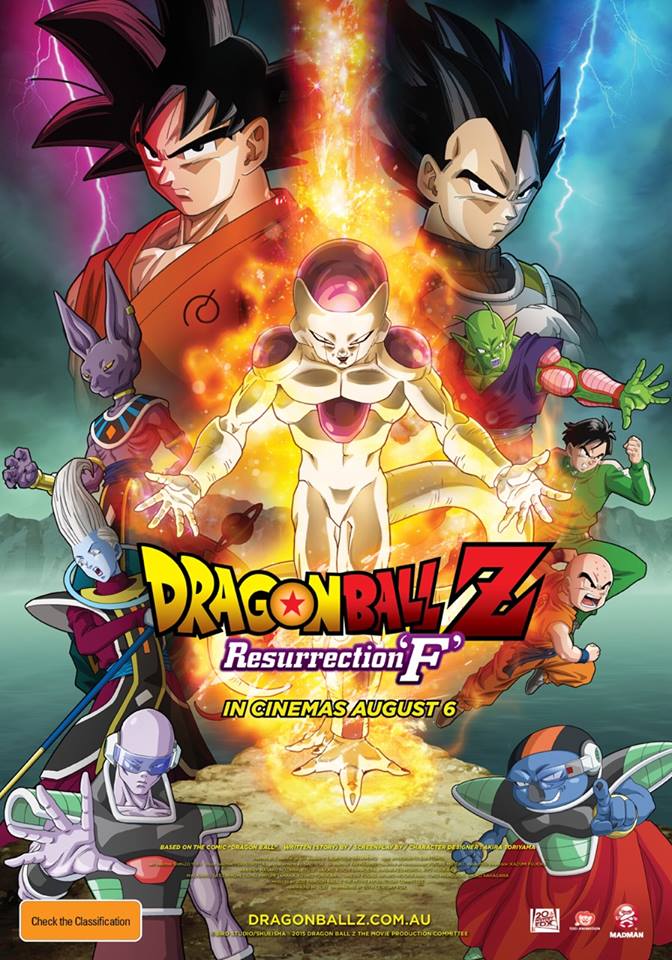 It was announced long ago that the newest Dragon Ball film, Dragon Ball Z: Resurrection ‘F’ (Revival of ‘F’ in Japan), would be receiving a dub and now we know it will be coming to 69 cinemas across Australia and New Zealand from Thursday August 6th, with most cinemas running one session a day for roughly a week. Madman has revealed most cinemas will screen the 2D dubbed variant of the film while some will have the 3D dubbed showing and a select few will run 2D and 3D screenings of the original Japanese audio with English subtitles. A full list of locations and what version of the film they will be showing are available at www.dragonballz.com.au.

The U.S. is beginning their limited screening just a few days earlier on August 4th and the film was first shown in Japan in early April. While the limited details are frustrating most fans will be able to appreciate the film is coming to international shores a lot quicker than it’s predecessor Battle of Gods. An entirely new Dragon Ball series has recently aired in Japan in what is continuing to be an exciting year for Dragon Ball.

Shokotan has breakdown while voicing for Dragon Ball Z: Battle of Gods