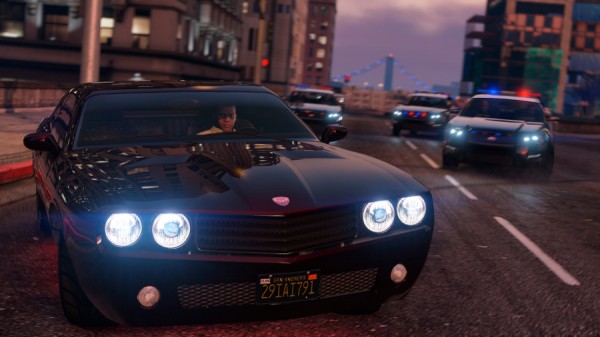 Rockstar and American rockstars (the type who play guitars) Wavves are turning to the Grand Theft Auto V community to create the music video for Wavves’ new track “Leave.” The song is featured on the album The Alchemist and Oh No Present: Welcome to Los Santos.

The rules are pretty simple: 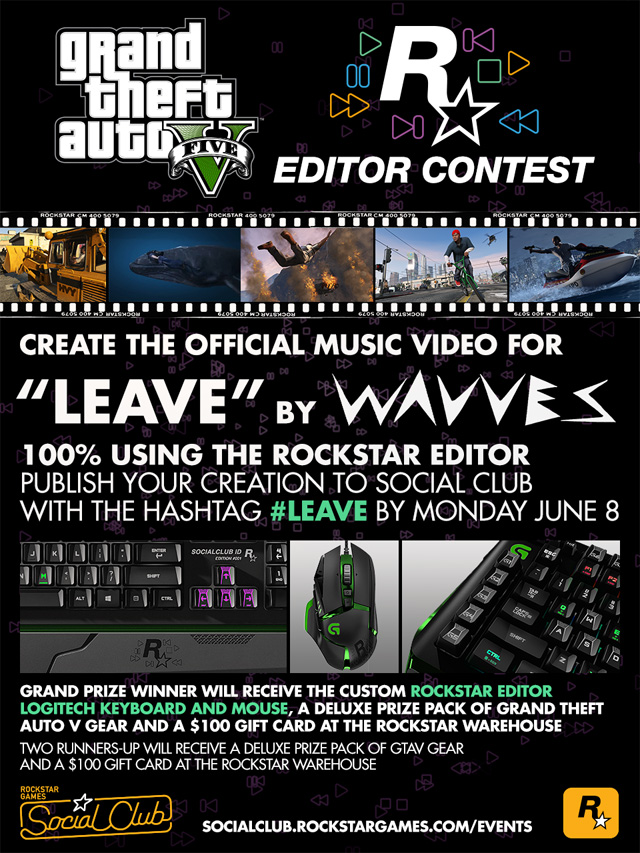 Wavves and Rockstar Games will choose the winners. In case you need a little inspiration, Wavves has provided the following statement on what they are looking for in the video:

The song is about leaving a bad situation. Whether that means a criminal enterprise or activity, or a bad romantic relationship, or something else entirely is up to you to interpret as the music video director. Just have fun with it and don’t be afraid to get a little weird along the way.

There are a ton of prizes to be won. The grand prize winner will take home

There will be two runner ups who will also receive the $100 gift card and the GTAV prize pack. 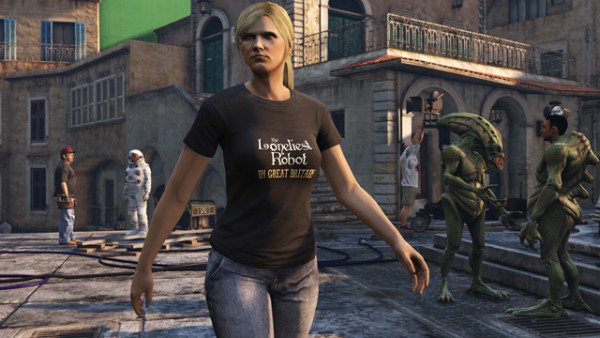 For those who aren’t in the mood to create a music video but want to free stuff, anyone who uploads any video to the Social Club during the contest period will get a The Loneliest Robot in Great Britain branded tshirt in game. 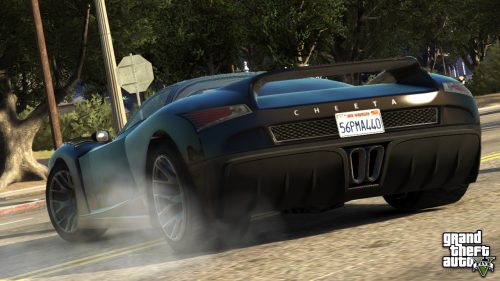 GTA Online Going Back to the Roots with Tiny Racers Mode 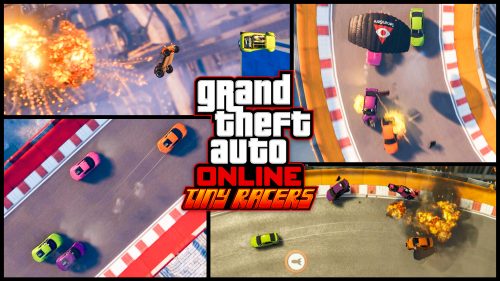