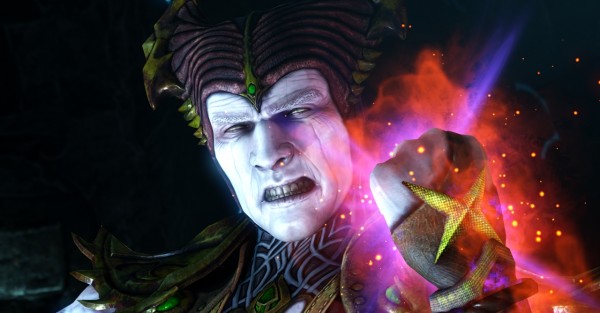 Mortal Kombat X is finally here! NetherRealm‘s most ambitious entry in their iconic Mortal Kombat series yet is available for Xbox One, PlayStation 4 and PC (Xbox 360 and PlayStation 3 versions expected for June). Creative director and “God of Twitter” (yep, Raiden gets thunder, Fujin wind, and Ed Boon tweets) reflected;

We’ve been working tirelessly on Mortal Kombat X to give fans a new experience that is filled with features that both casual players and hardcore fighting players will enjoy. It’s been an intense ride and we’re excited to see players finally get their hands on the game!

The tenth official instalment of the main fighting series introduces eight new, playable characters, including blood relatives to some of your favorite stalwarts: Kung Jin, the cousin of Kung Lao; Cassie Cage, daughter of Johnny Cage and Sonya Blade (good on ya Johnny!); Jacqueline Briggs, daughter of Jax; and Takeda Takahashi, son of an absent father in Kenshi (tsk, tsk). Of course, those classics such as Scorpion, Sub-Zero and Raiden have returned, and now with each character having three different variations to their fighting style, the diversity and potential for high-level strategic play is larger than ever. 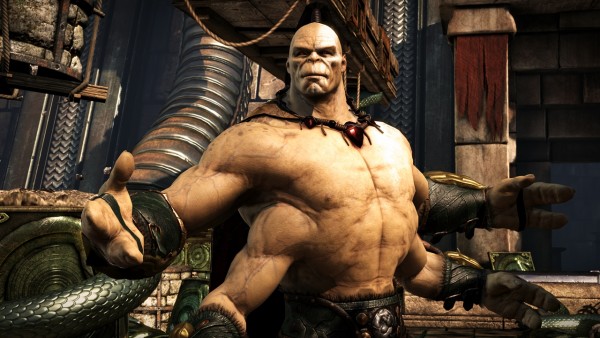 Oh, and did I mention Goro? #PunchWalk

The ‘Story Mode’ included is more cinematic and enthralling than ever, telling the tales of events spanning 25 years after the conclusion of Mortal Kombat (2011). Towers have also returned, coming in multiple forms: Living Towers, ever-changing towers with modifiers or stipulations; Klassic, Test Your Luck and Test Your Might towers; Endless and Survivor Towers and even Challenge Towers that you can create to compete with friends. Brutalities make a comeback, although with a new twist, and the Faction Wars meta-game adds a new wrinkle and longevity to play, all the while fueling competitive juices in every player worldwide. David Haddad, Executive Vice President and General Manager, Warner Bros. Interactive Entertainment, had this to say about the title;

The mobile game, as David mentioned, is your portal to exclusive unlockables, so download it from the link above and get to swiping! Anyone with a WBPlay account will also receive a ‘Future Raiden’ skin when logging in to the console game. You’ll also be treated to a free ‘Samurai Pack’ containing three skins, which can be downloaded from PSN or Xbox Store day one. And finally, if you’ve ever wanted to see fantasy match-ups between MK icon and film icons Predator and Jason Voorhees, than the ‘Kombat Pack’ DLC is your ticket. Check out the latest batch of screenshots below and purchase your copy of Mortal Kombat X today!