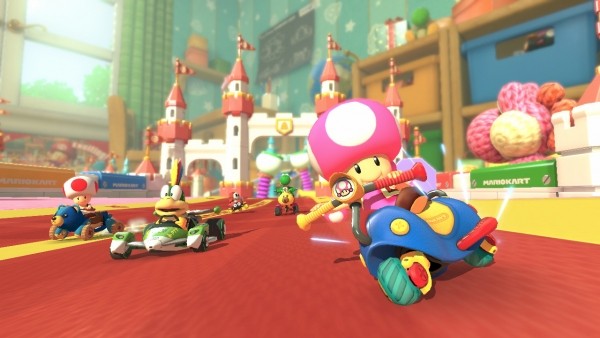 We learned in the most recent Nintendo Direct that the DLC for pack 2 for Mario Kart 8 will be coming out a little earlier than it’s intended May release and is now scheduled for release on April 23rd. Nintendo have released a trailer (embedded below) for the 8 new tracks we will be getting in this pack showcasing that it’s definitely worth your money.

The first four tracks listed here are all retro tracks but have received major facelifts making them near unrecognizable from their original versions, particularly the Game Boy Advance tracks. Also of note, Baby Park is not all anti-gravity, making the small loop even more chaotic as racers will receive speed boosts with each collision. The last four are brand new tracks for this pack and feature two crossover courses with Animal Crossing and Big Blue. 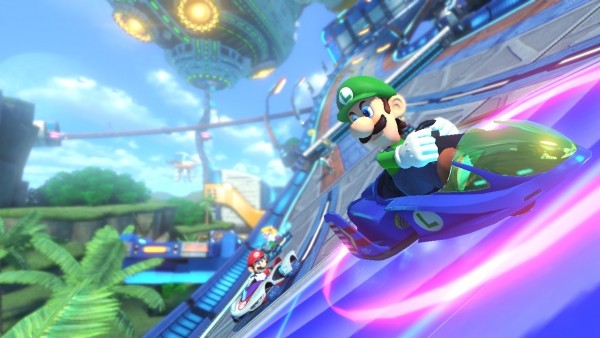 These 8 tracks will comprise the Super Bell Cup and the Animal Crossing Cup. In addition to these new tracks, buyers of the DLC will receive Villager, Isabelle and Dry Bowser as new playable characters and 4 new vehicles, the Streetle, City Tripper, Bowser Trike and P-Wing. 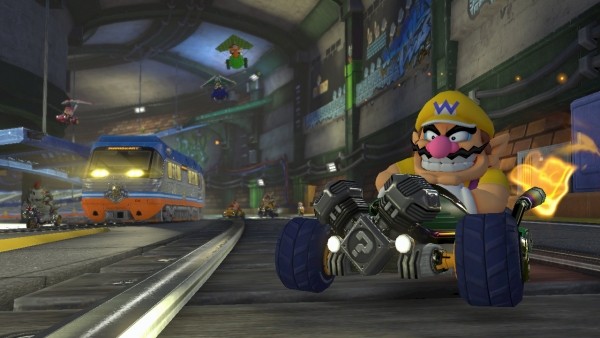 That’s not all though. A free update will also be made available on April 23rd that will introduce a brand new 200cc option to all modes, making each race feel more like F-Zero than Mario Kart. The mode will be available exclusively to those who have beat all cups in 150cc with gold trophies. New Mii outfits are also coming out courtesy of Amiibo for Wario, PAC-MAN, Olimar, Bowser, Sonic, Toad, Villager, Rosalina and Mega Man. Are you excited for Mario Kart 8’s incoming content? Let us know in the comments below what you’re most looking forward to. Definitely Big Blue for me, that track (both the course and the music) give me chills!