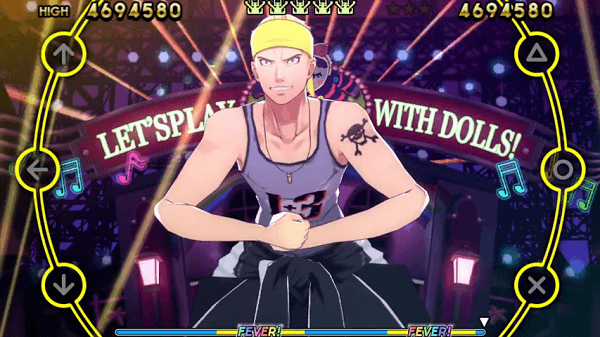 Last week we saw Chie take the stage in Persona 4: Dancing All Night and this week Atlus is having Kanji Tatsumi dance with everything he’s got. Since Persona 4: Dancing All Night takes place a bit after the original game, Kanji is now a second year in high school and despite his tough appearance, those who played the original games know his hobbies include sewing and cooking.

You can check out Kanji’s powerful dance moves in the trailer below while the game itself is currently set to be released in Japan on June 25th and will be released in the West sometime later this year.