On April 1, the developer’s blog of Four Leaf Studio’s visual novel Katawa Shoujo announced that the full Japanese translation of the game was completed and released in version 1.3. Four Leaf Studios has a tendency to post detailed joke ‘announcements’ on April Fool’s Day each year, and those fake ‘announcements’ were even translated and posted on the official Japanese blog. However, there was no April Fool’s Day announcement last year, and this year’s announcement is true.

Katawa Shoujo was originally inspired by a Japanese work, and the Japanese translation of the game is now available for free download on Windows, Mac OS X and Linux. In just over two weeks, the game will be available for purchase in hard copy at Comitia 112. The DVD case will feature artwork by weee and come with a disc containing version 1.3, which features the original English version as well. If you can get to Tokyo Big Sight on the 5th of May, 2015, consider buying this release to support the translation team who worked hard for three years to make this translation available.

The translation team will be at booth こ29a, and the fifth illustration book featuring artwork from staff and guest illustrators, “Imperfect Spectrum”, will be on sale there as well.

To find out more about Katawa Shoujo, visit the official website here. The game is rated 18+. The ‘H’ scenes can be disabled. 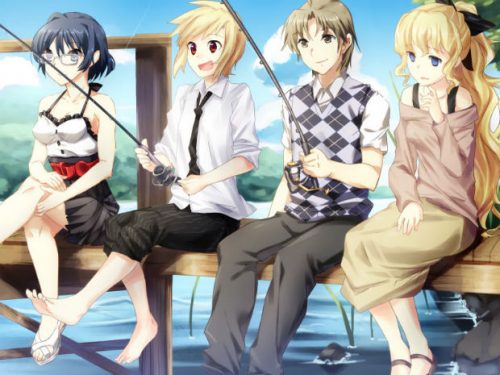