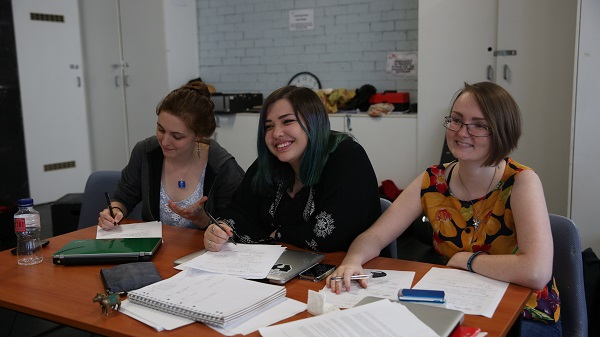 Quite recently I was made aware of a small-scale, Australian web series called Call me Katie by an acquaintance of mine. The series is a number of short, vlog-style videos and is a loose adaptation of Shakespeare’s Taming of the Shrew. The series aims to engage with its audience on social media platforms as videos are released by allowing you to directly communicate with the characters in the series. This, I believe is an interesting concept if they can garner enough feedback and creates an interesting exploration of online media culture. Since we’re all about helping out small, indie productions here at Capsule Computers; I thought it would be good to have a chat with the brains behind Fat Goat Productions and ask them a couple of questions.

The subjects in this interview are Erin Smith (Creator and Director), Cleo Venner (writer), and Bokkie Robertson (Head Writer and my acquaintance). 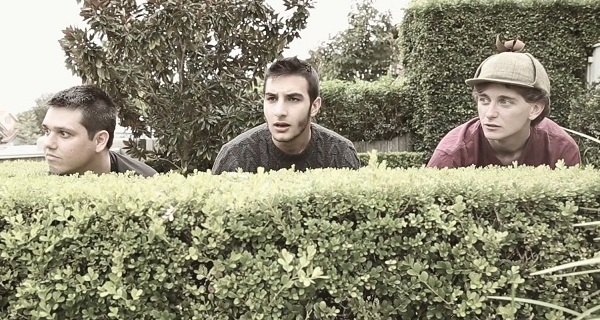 What inspired Call me Katie? Why did you choose to adapt Shakespeare’s Taming of the Shrew?

Erin: I was inspired by previous web series such as The Lizzie Bennet Diaries and Nothing Much To Do, which showed me how effectively stories can be conveyed through the vlog format. I wanted to create an engaging story but I also wanted an element of social commentary about it.

Bokkie: We all agreed that Taming of the Shrew is our least favourite Shakespeare play – but it’s okay because we’re pretty sure it was Shakespeare’s too. He evidently doesn’t think women should subjugate themselves to men, because Cleopatra and Beatrice and Viola are so kickass. The induction at the beginning seems to be his way of going “Guys, it’s all a play. Stop freaking out.” The whole thing might also be a total satire. Some people even think it was commissioned by a guy who really wanted a play about male supremacy. So there’s that.

Erin: So we wanted to take the original play and address the issues raised in it by reimagining it in a contemporary context. Our series is only loosely based on the original, as we move away from Shakespeare’s plot to explore gender politics and its role in relationships and society. We also revise the heteronormative and patriarchal overtones of the original.

That’s a very noble goal. Why did you guys choose to produce the series as a number of vlog posts? How did that come about?

Erin: We found the vlog format to be very engaging in its naturalism and realism. It also opens up the possibility for a transmedia aspect to the series, as the involvement of various forms of social media help to create more dynamic and holistic characters that the audience can almost see as real people.

Cleo: Social media and instant entertainment are such an integral part of today’s society that we felt utilising them in our adaptation would be an effective method of communicating such contemporary ideas. It also allows for audience interaction. 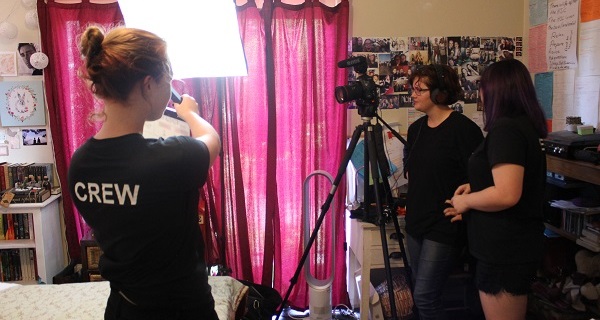 What do you have in mind when you talk about “audience interaction”?

Cleo: Basically we mean that audience members can like and comment and subscribe in a very immediate way, which is different from, say, a TV show. Characters in shows and movies may have Twitters and Instagrams, but you can’t go and interact them. The way we’re doing the show, you really can. We plan to reply to audience comments in character, and have in-character Q&As answering audience questions.Cool. What has the experience been like while working on the series?

Bokkie: Erin came up with it and drafted me in late last year. At first it was just us sitting in the Dymocks cafe for seven hours, ordering too many drinks and laughing too much. We basically plotted the whole thing that day, and it’s great seeing how far our characters have come since then. They used to just be these shadows with names that kind of sounded like their names in the original. And now we have actors!

Cleo: And they’re so nice! They’re great to work with and just seem to really get the characters. It’s amazing how they’ve taken our words and made them their own.

Sweet! What advice would you give to other groups looking to make their own indie productions?

Cleo: I think mainly what I’ve observed is that regular meetings for detailed character development make a huge difference to the quality, and also getting things done early on so it’s less stressful later. Getting things done before uni meant I was able to actually have a meaningful role in it.

Bokkie: Yeah, sitting around for literally six or seven hours at a time and just talking through everything that occurred to us was what got us to where we are now. It sounds like a trek, but mostly it was just heaps of fun. And, like, all the fancy academic-sounding stuff that Erin’s said isn’t entirely where we started off. We definitely went “Okay, we want to talk about these current issues and address these facets of the play”, but then after that foundation was laid it became “Haha, wouldn’t it be funny if this happened? Or what if this guy does that? *laughing for five minutes*.” Then we kind of retrospectively went “Oh wow, we have something with real depth and meaning that’s going to be important and relevant to a lot of people.” So my advice would probably be not to focus on all the things English teachers tell you writers focus on, and instead spend more time making it a good story and having fun!

Erin: And my advice would be that a successful indie production doesn’t start with money, it starts with people. No matter how much you spend on fancy equipment and software, it all comes down to how engaging and innovative your story is and how effectively you and your team can make it come to life. We were so lucky to have had so many people express their interest in the project and offer to help in any way they could, and we cast an incredible group of actors who are as excited about the story as we are, and that is what got our original idea off the ground. 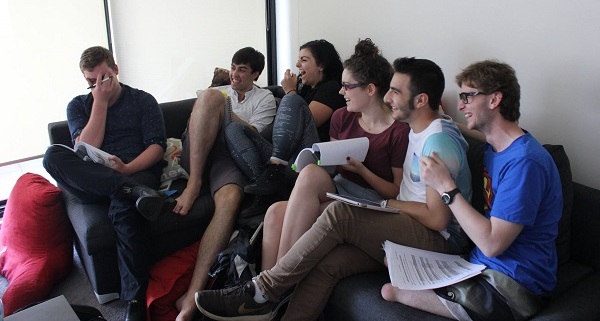 What’s next for Fat Goat Productions?

Bokkie: In a nice way though! A third of the production team will be moving to England at the end of the year.

Cleo: We’ve only just started filming so it’s a long way off. We haven’t really thought about it much.

Erin: We’re just focusing on making Call Me Katie the best in can be. Then we’ll panic about the future.

Ha! Well I guess all good things must come to an end… some sooner than others, evidently. Thank you for your time and I wish you all the best of luck with Call me Katie. 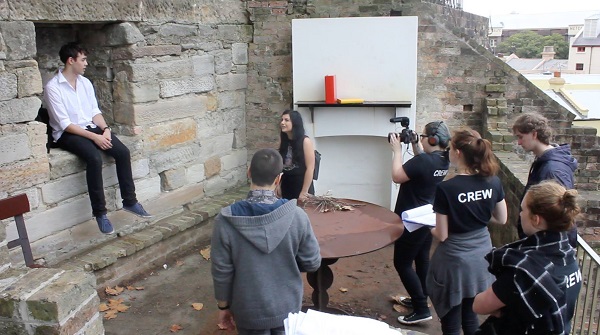 If you want to check out Call me Katie yourself, you can find one of the vlogs below. To interact with the characters and find out more about the series, you can find them on Facebook and Tumblr.

If, like me, you need to wash out the bad (misogynistic) taste of something like Top Five, you can find the rest of the series here.