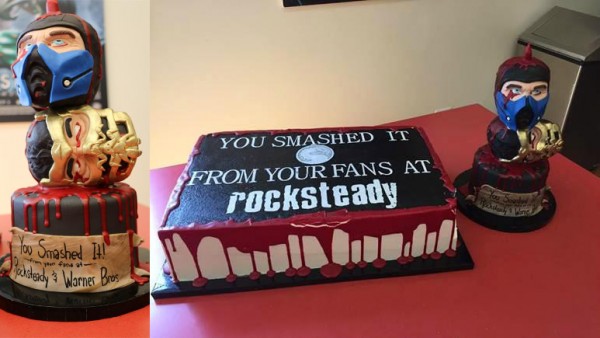 Our friends at @RocksteadyGames sent us these awesome kakes to kommemorate our MKX release! Thanks guys! pic.twitter.com/a0mhU8gEiD

That’s right! Two bloody “kakes”, one with Sub-Zero and Scorpion’s severed heads stacked on one another. After cutting the severed head cake today, the NetherRealm team got an even bigger surprise:

To those wondering … yes, that is Rice Krispies treat inside.pic.twitter.com/LOpRdwXox0