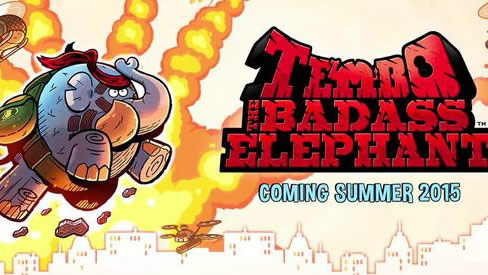 No you won’t see Pokemon invading Mobius or Sonic trying to outrun a Mega Pidgeot, Sega and Game Freak have announced their collaboration title as a brand new 2D fast paced action-platformer called Tembo The Badass Elephant. Now don’t sigh or groan yet, the game actually looks like it has some awesome potential with a fresh playable character that seems to be the elephant version of Rambo, great stylized graphics and gameplay reminiscent of the much loved Donkey Kong Country series.

Tembo The Badass Elephant was born from an idea by one of the art guys down at Game Freak while he was taking time away from Pokemon to work on his own project. This is a strictly single player experience and destruction of your environment will play a huge role as you destroy columns that can open up new pathways or ground pound through an entire building shattering all the windows on the way down. Users collect peanuts (similar to Bananas in DKC) to create peanut jars which are used as extra lives if you die and Tembo can rescue civilians to increase your score when you exit a level. 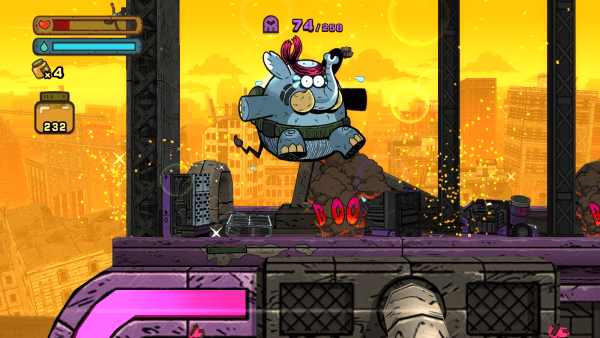 The game is coming out exclusively for PS4, Xbox One and PC during the Summer period in the U.S. In an interesting twist, despite both companies having excellent relationships with Nintendo, the game is seemingly skipping both of it’s major consoles in the Wii U and 3DS. You can watch the first trailer for the game below and let us know what you think about this interesting company crossover title in the comments below.