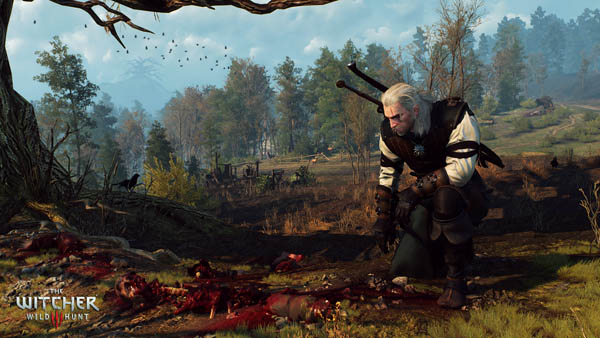 During PAX East in Boston CD Projekt RED debuted a seven minute long gameplay video for The Witcher 3: Wild Hunt giving players a guided tour of some areas in the No Man’s Land, which is one of the regions players will be able to explore once the game is released for the PlayStation 4, Xbox One, and PC worldwide on May 19th.

In the trailer you will see Geralt face off against a number of different basic enemies as well as the secret behind a phantom on the trade route as well as fighting against a Royal Wyvern to save some villagers.