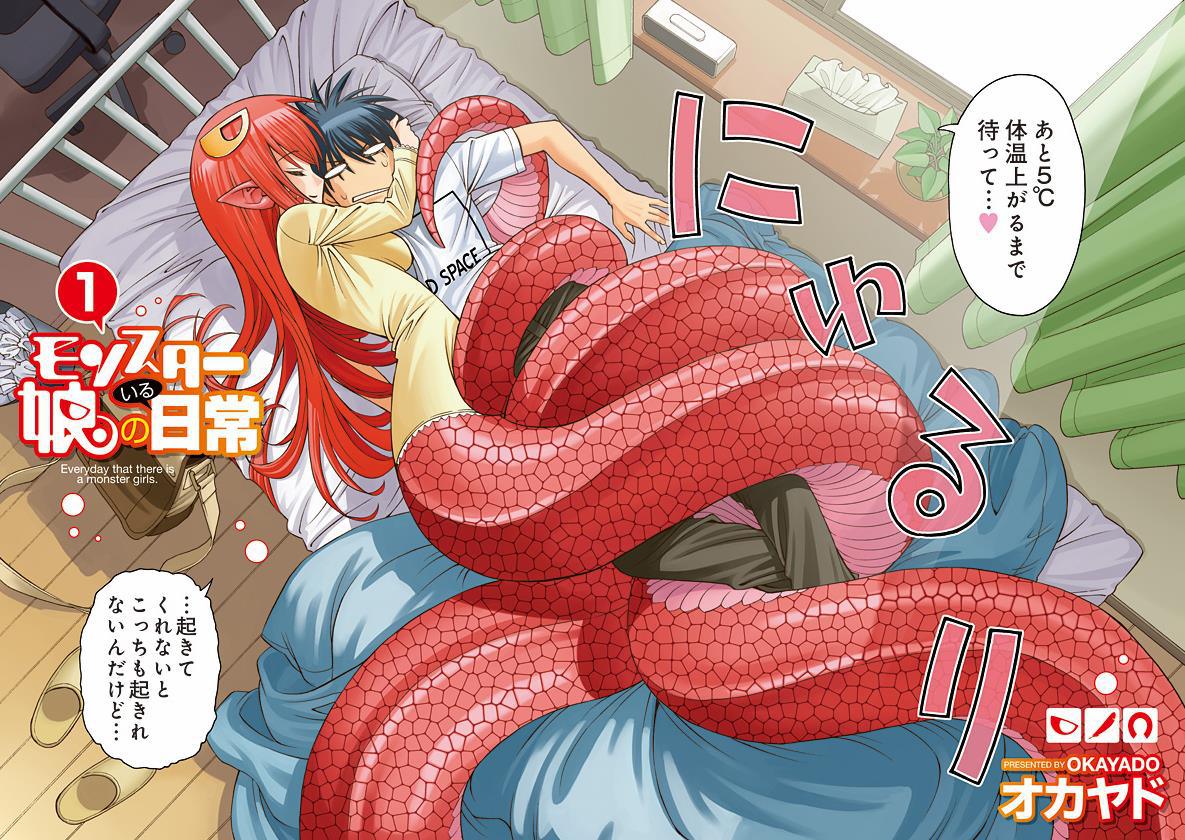 Fans, including myself, have been waiting and it looks like the time for monster girls to debut on the air waves will be coming this summer. The seventh volume of OKAYADO’s Monster Musume manga has revealed that an anime adaptation has been green-lit and will debut sometime in July though currently no information regarding the animation studio has been revealed. The full announcement flyer can be found below courtesy of Yaraon.

For those who are unaware, Monster Musume follows the story of Kurusu Kimihito in a world where monster girls such as harpies, lamias, and centaurs have recently become commonplace. After a mishap with the Cultural Exchange program, he finds himself living with Miia the lamia and that is only the start of what has become a very popular manga series that is currently being released by Seven Seas Entertainment in North America with the sixth volume being released last week. 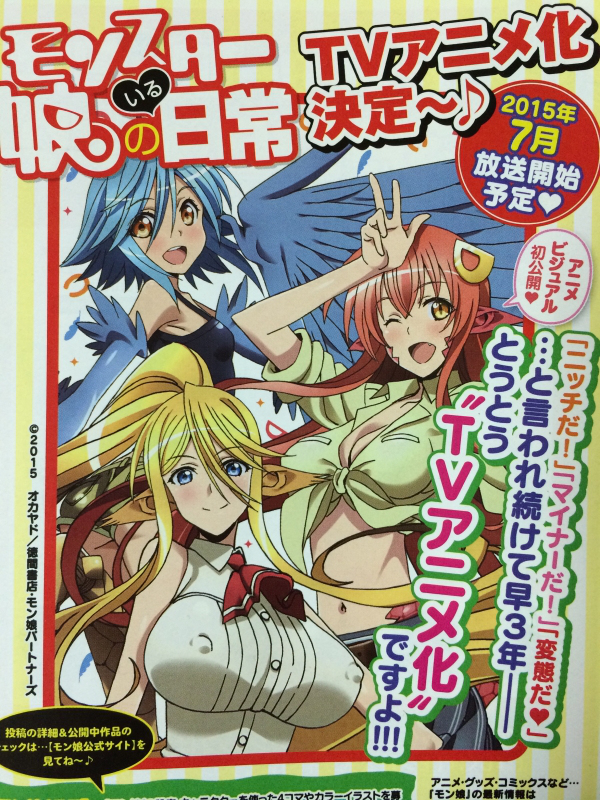