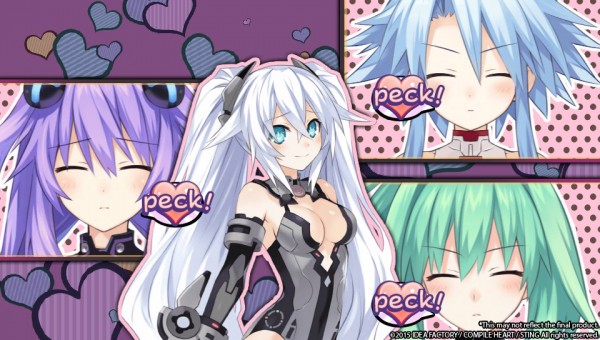 Today Idea Factory International released a new batch of English screenshots for Hyperdevotion Noire: Goddess Black Heart as well as a pair of gameplay clips for the title which is set to be released on the PS Vita in North America on February 24th at retail and as a digital download and in Europe on February 27th at retail and digitally on March 4th.

The new screenshots for the title show a few of the event scenes in the game but they primarily show off the Lily Boost sequences that will occur in the game when special skills are used near team mates and strengthened if their bond is high enough. As for the two gameplay clips, they show off Moru’s special move called “Fish Grillin” and Neptune’s “Cross Combo” skill.

Hyperdimension Neptunia Re;Birth1 to be released on Steam next week