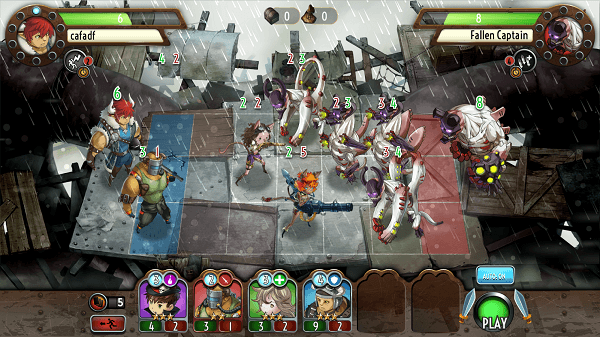 The developers of Amateur Surgeon, Mediatonic Ltd, have been spending their time working on something a little bit different than what they are used to as they have recently released Heavenstrike Rivals for iOS and Android devices with Square Enix publishing the tactical RPG.

The title is a free to play game and can be downloaded for iOS here or Android here, though it is worth noting that the title does feature in-app purchases. Those who play the game during the launch period will be given an exclusive ‘Black Mage’ token and anyone who tried out the game’s beta will also be given a special token.

A brief summary of what Heavenstrike Rivals has to offer can be found below: