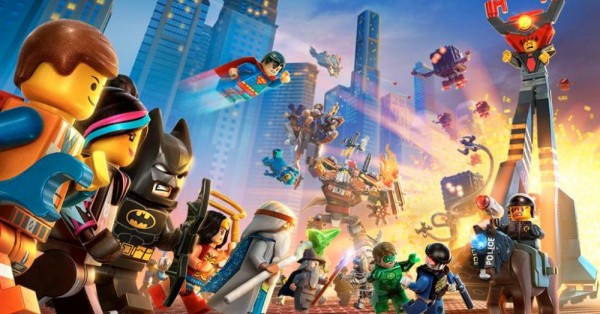 The titles span a wide breadth of platforms as well. It seems that Warner Bros is working hard to make sure that no matter what console a person has, they can find a LEGO title to play. The list of titles and details follow:

LEGO Ninjago™: Shadow of Ronin™
The popular LEGO Ninjago franchise gets its most expansive adventure to date in LEGO Ninjago: Shadow of Ronin.  The latest LEGO handheld game delivers an untold story of the LEGO Ninjago: Masters of Spinjitzu TV show. Using their Spinjitzu abilities, players can unleash their Ninja’s elemental power to smash their way through enemies and solve puzzles. Developed by TT Fusion, a subsidiary of TT Games, the game comes to the Nintendo 3DS™ handheld system and the PlayStation ® Vita handheld entertainment system on 27th March, 2015.

The LEGO Movie Video Game
The LEGO Movie Video Game for iPhone, iPad and iPod touch follows Emmet, an average, rule-following citizen, who is mistakenly identified as the key to saving the world. In the game, players guide Emmet as he is drafted into a fellowship of strangers on an epic quest to stop the tyrannical Lord Business from gluing the LEGO universe into eternal stasis. With a delightful mix of over 90 characters from the feature film, including Batman, Superman and the Green Ninja , The LEGO Movie Video Game leads gamers on a journey through fantastical worlds in 45 exciting levels.  Developed by TT Games, the mobile game is now available on the App Store.

LEGO Batman™ 3: Beyond Gotham
In LEGO  Batman 3: Beyond Gotham for iPhone, iPad and iPod touch, the Caped Crusader joins forces with the Super Heroes of the DC Comics universe and blasts off to outer space to stop the evil Brainiac from destroying Earth.  Players will unlock and play as more than 150 characters, including members of the Justice League and the Legion of Doom and explore iconic locations such as the Hall of Justice, the Batcave and the Justice League Watchtower.  Developed by TT Games, the mobile game will be available this spring on the App Store.

Whether you’re a kid or adult, keep an eye out for these titles this year.