As we’ve previously written, when Senran Kagura: Estival Versus is released on the PS4 and PS Vita it will feature a new dress break feature called “Purupuru Finish” as well as an enhanced Dressing Room and recently a large batch of screenshots for the game showing off these improvements have been released. 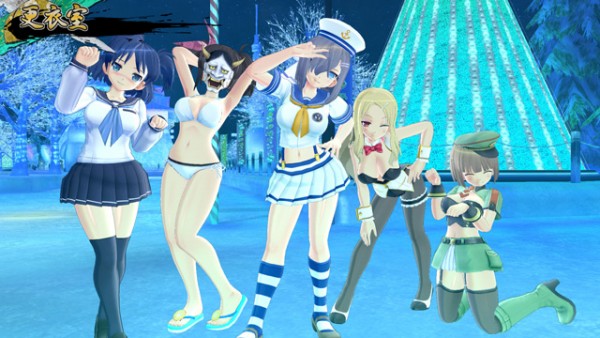 In case you didn’t read the details, PuruPuru Finishes are finishes that are triggered due to specific conditions such as slipping on soap that results in the complete destruction of the costume, a number of which are shown below. As for the Dressing Room, a number of new outfits have been revealed and shown in the screenshots below and players will now be able to have five girls in the room at one time as well as the ability to pull clothing and various other actions.