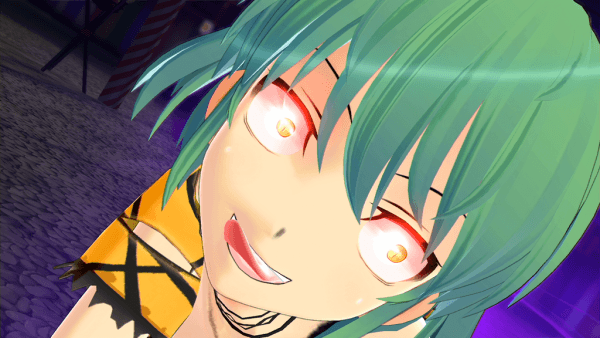 In this week’s issue of Famitsu magazine, courtesy of Gamestalk, details concerning a new costume breaking in Senran Kagura: Estival Versus have been revealed. Unlike past games, as players fight their clothing will be torn little by little until it reaches a breaking point where a “PuruPuru Finish” can be triggered. If this PuruPuru Finish occurs, the character will stripped completely naked in combat with only a few rays of light left to cover them up instead of chibi faces.

Now these PuruPuru Finishes won’t be activated through simple combat, as they require special conditions such as slipping on soap, getting caught in a sakura tree and probably other anime style clichés. Other information included in the reveal includes the option to photograph five characters at the same time, import costumes from Shinovi Versus into Estival Versus, and the addition of extra interactions in the dressing room. Currently Senran Kagura: Estival Versus is set to be released in Japan on March 26th for the PlayStation 4 and PlayStation Vita.