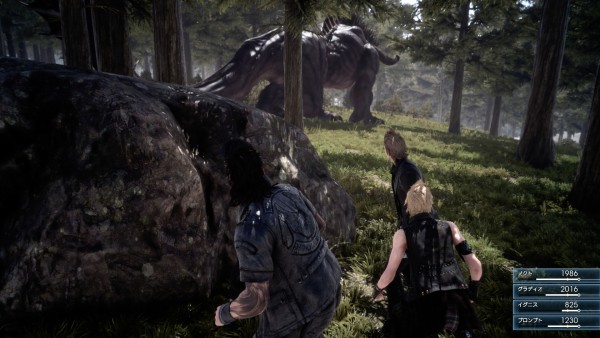 A new set of screenshots for Final Fantasy XV have been released today by Square Enix and these new images happen to focus on a few of the combat mechanics that players will be utilizing once the title is released on the Xbox One and PlayStation 4.

In combat, players will be able to block as they choose, parry attacks if these blocks are timed properly, or simply dodging out of the way. Also shown in these images is Noctis’ Spiral Stab ability, the characters trying to sneak around a Behemoth in the wild, and Noctis’ ability to quickly close ground on enemies by teleporting.