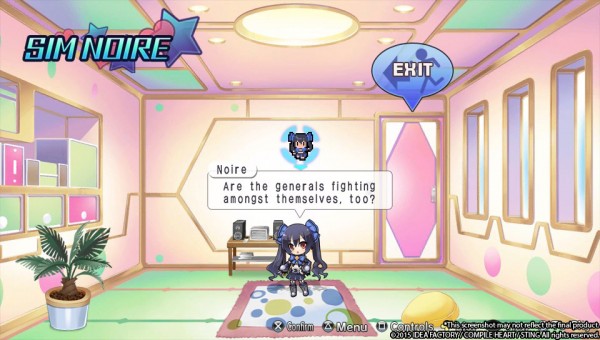 Today Idea Factory International announced that Hyperdevotion Noire: Goddess Black Heart will be released on the PlayStation Vita in North America on February 24th where it will be available both at retail stores and as a digital download and in Europe on February 27th at retail and March 4th digitally.

To go along with this release date announcement, the company released a new batch of English screenshots that show off the newly revealed “Sim Noire” mode, a new feature that can be accessed from the game’s main hub. Sim Noire allows players to buy and upgrade furniture while interacting with Noire and unlocking new scenes with her and your character.